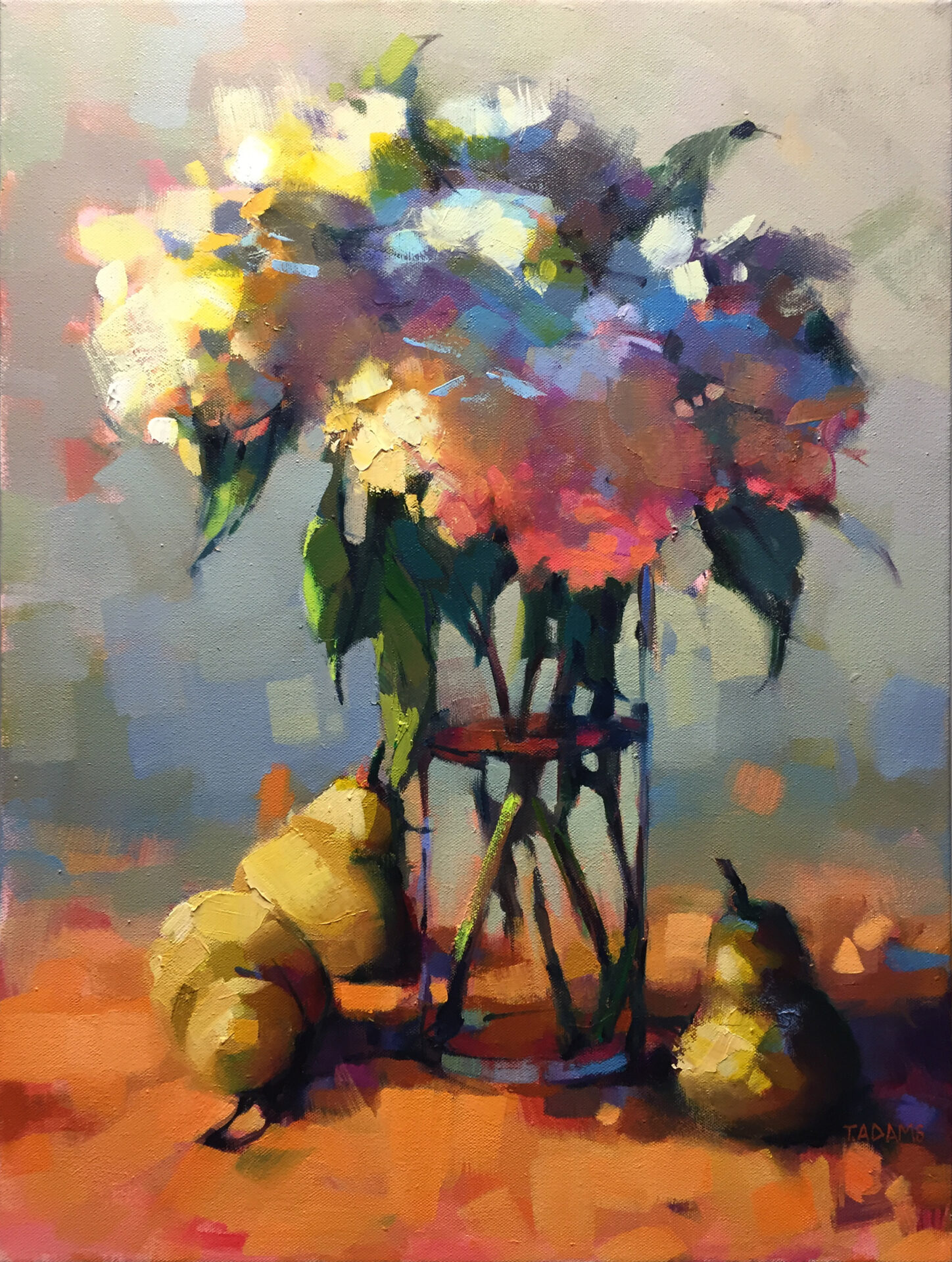 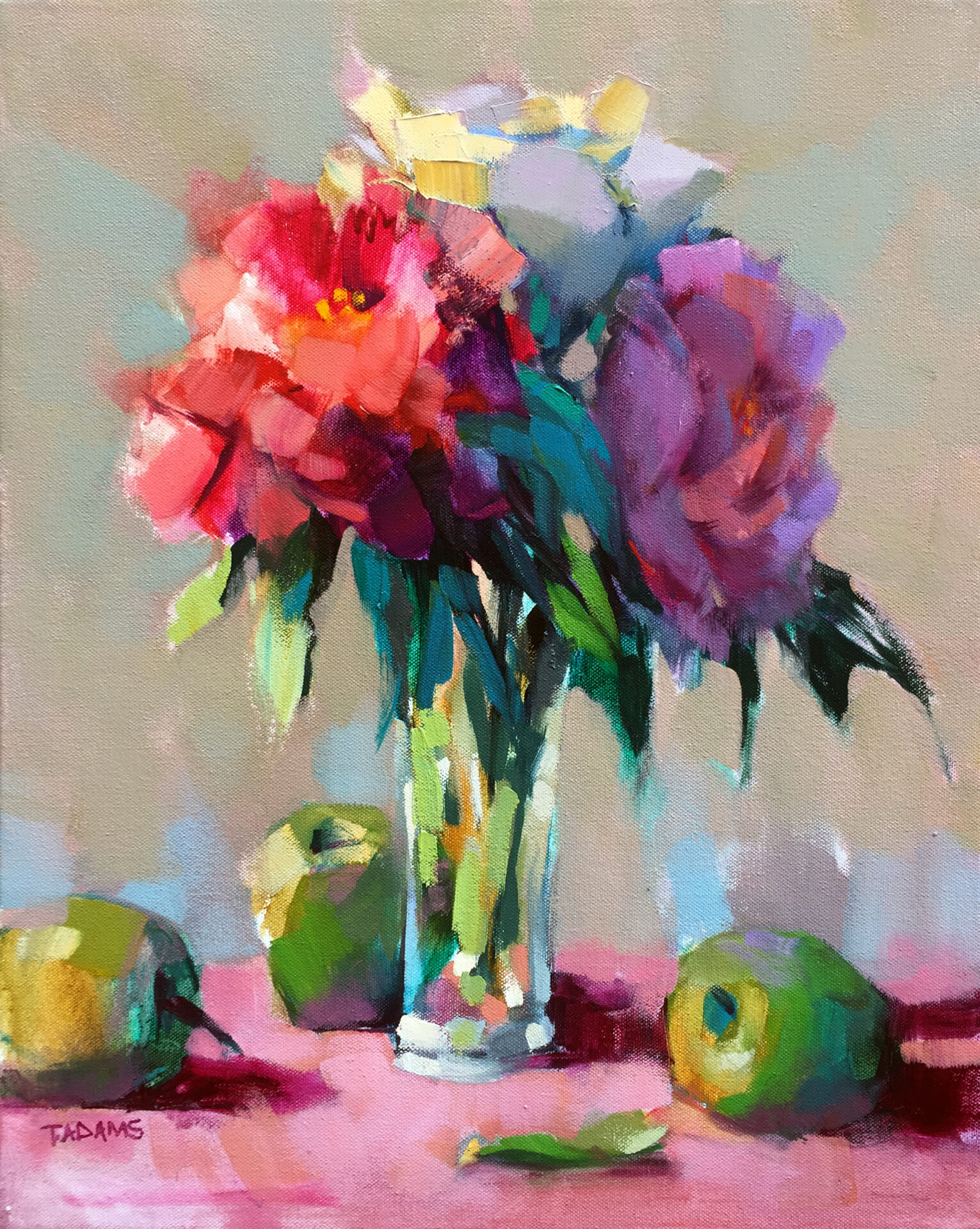 "I didn't start painting until I was 44. It began innocently enough when I had an empty picture frame and I decided to make something to fill it. The next thing I know, painting is an obsession and here I am."

Trisha Adams is a contemporary representational painter who imbues a touch of abstraction in her depictions. Her aim is not to render "objects," but rather the pattern of colored shapes, so that, when the viewer takes a step back, the shapes coalesce into things, people, and places, feeling like magic.

Adams does not attempt to create a faithful portrayal of reality, but rather her take on things, editing the content of the painting just as a writer picks and chooses the details to include and the words with which to flavor or slant a story. Through exaggeration and editing, the visual joy of the scene is made clear.