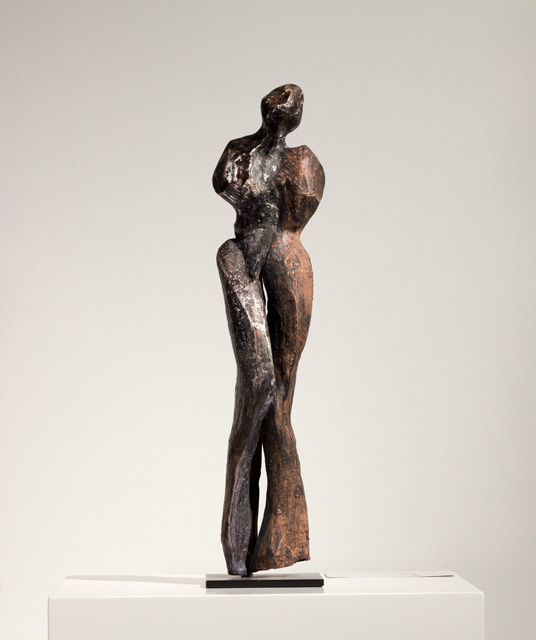 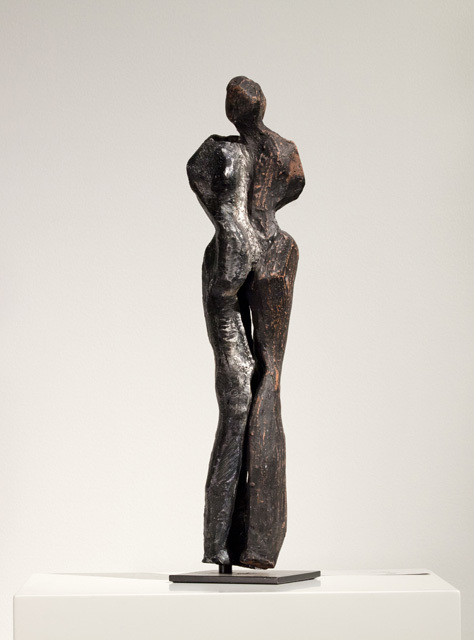 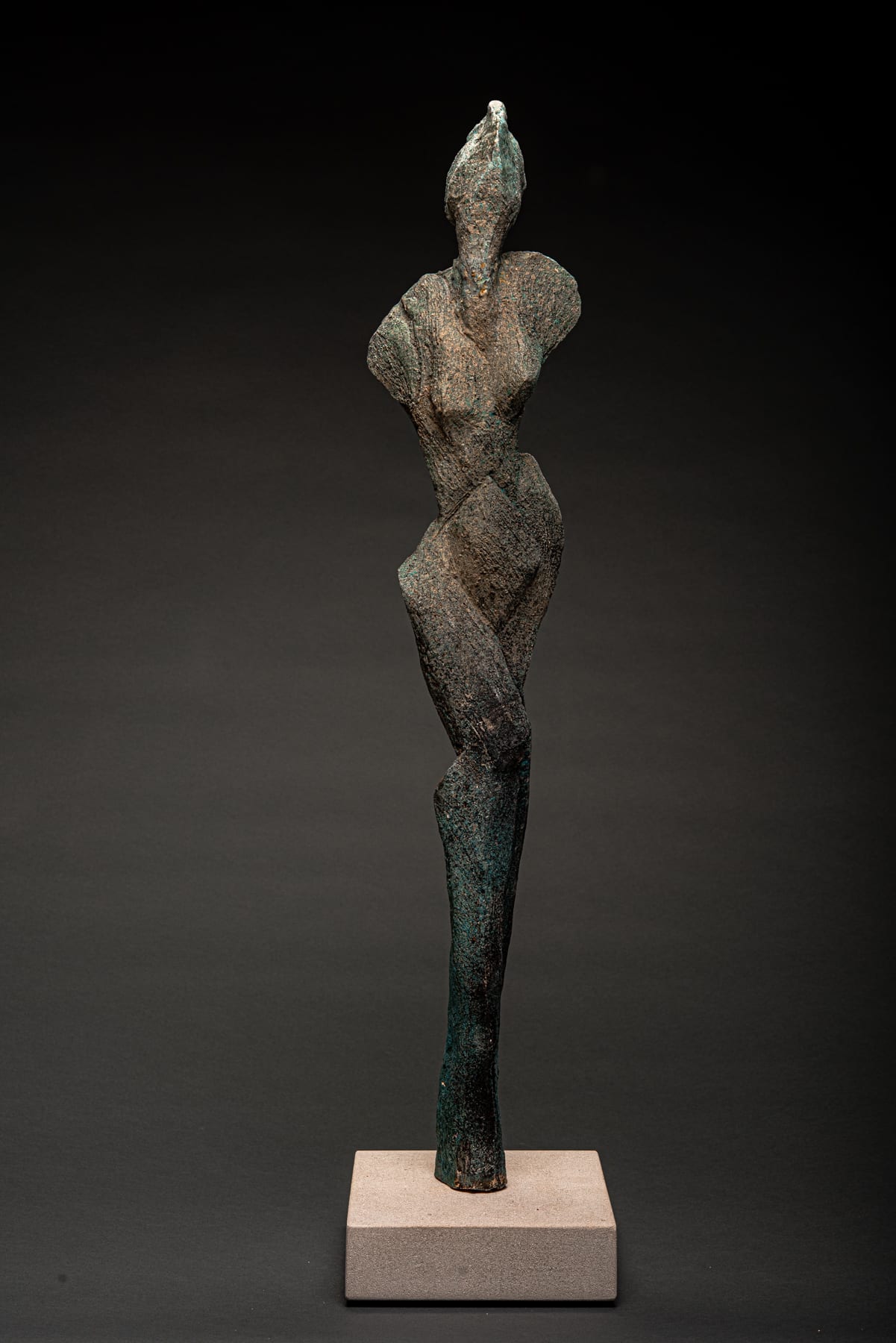 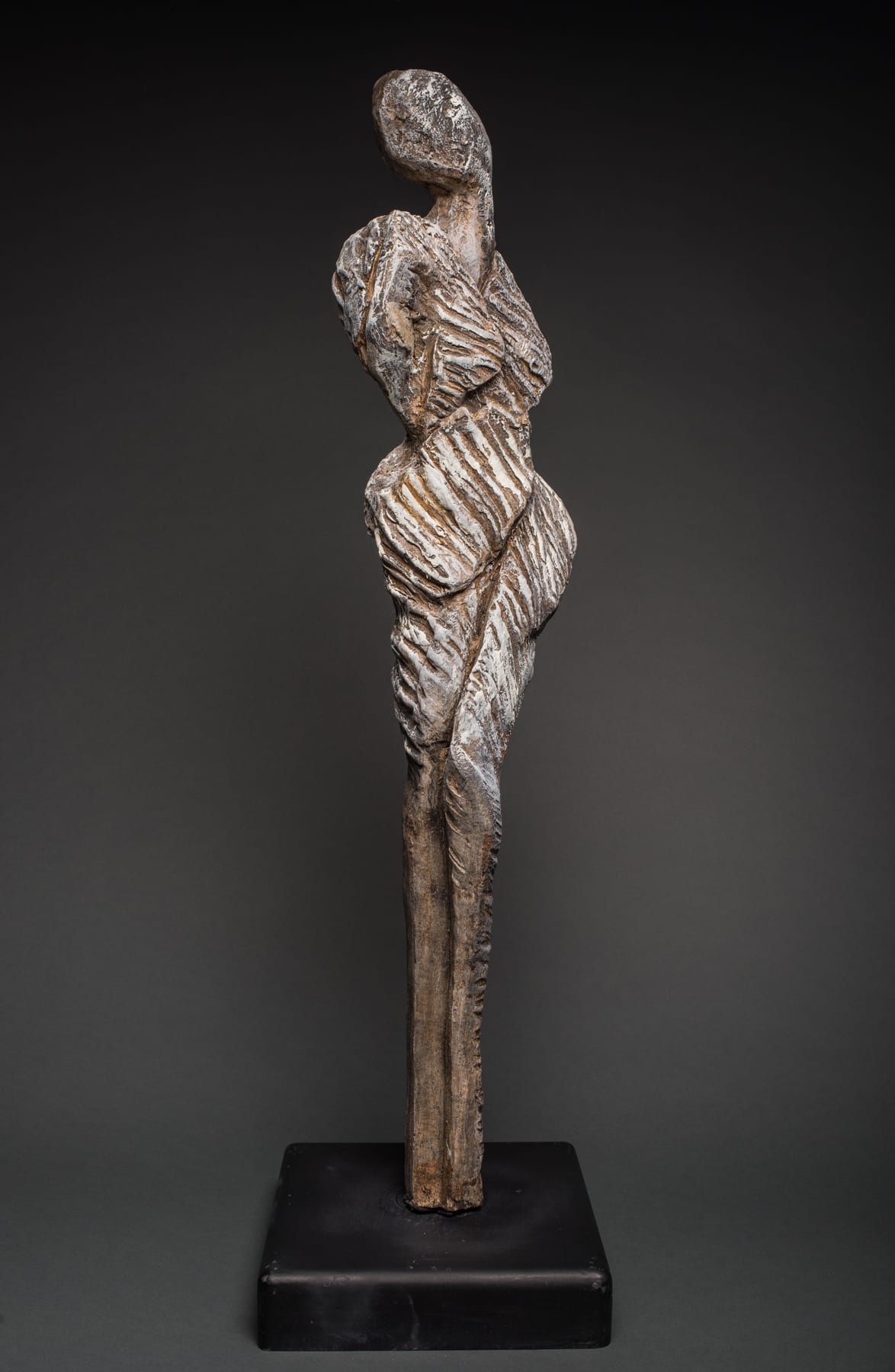 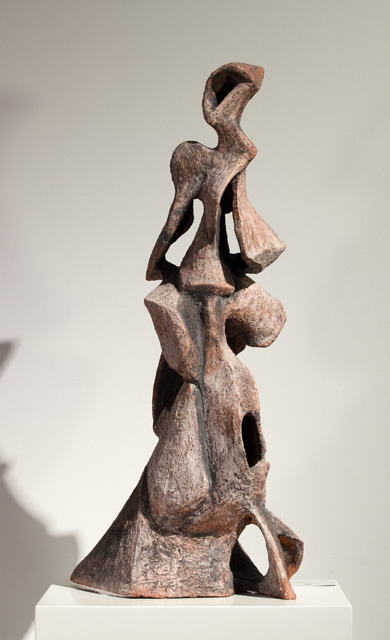 Sculpture is one of Sheila Ganch's many passions. As a mother, wife, art teacher and world traveler, she is grateful for how her life experiences have helped to shape her work. Experimenting with different material, Ganch's early works evolved from bronze into thin lead forms treated with metal dyes and patinas. While she enjoyed working with metal, she found that the lack of malleability was ultimately constricting. In order to counter this restrictive medium, Ganch switched to clay. She discovered its responsiveness made anything seem possible and its texture gave her a greater sense of connectivity to the Earth.

Although Ganch's sculptures spring from a contemporary reality, she creates ancient-looking surfaces in an effort to define our timeless human connection to the Earth. Ganch maintains her studio at the Bridgeport Art Center in Chicago.

Artist of the Week 58 | Sheila Ganch

Featured Artist of the Week Sheila Ganch | Aegean | Stoneware | 50 x 12 x 12" (Click here to view this work on Artsy) Sheila Ganch "My sculptures deal with our links to the planet and our quest for...

Join Lily Pad Gallery West online as we display Sense of Form Greetings, We ask you to join us online as we explore the whole realm of expressive three-dimensional form through the aesthetic raw material of sculptors Catherine K. Ferrell,...
Scroll To Top