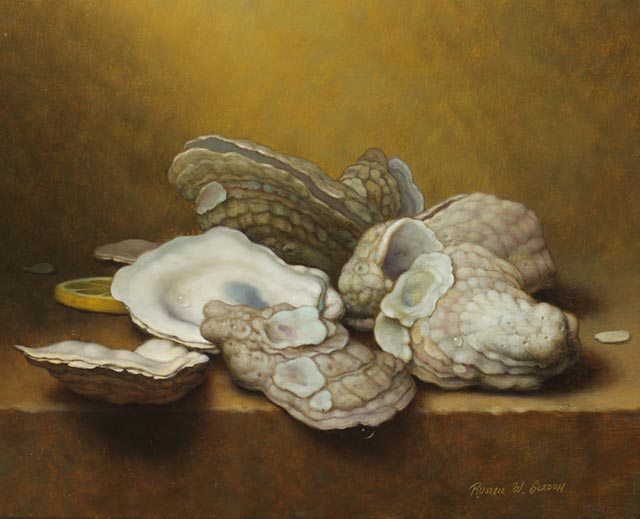 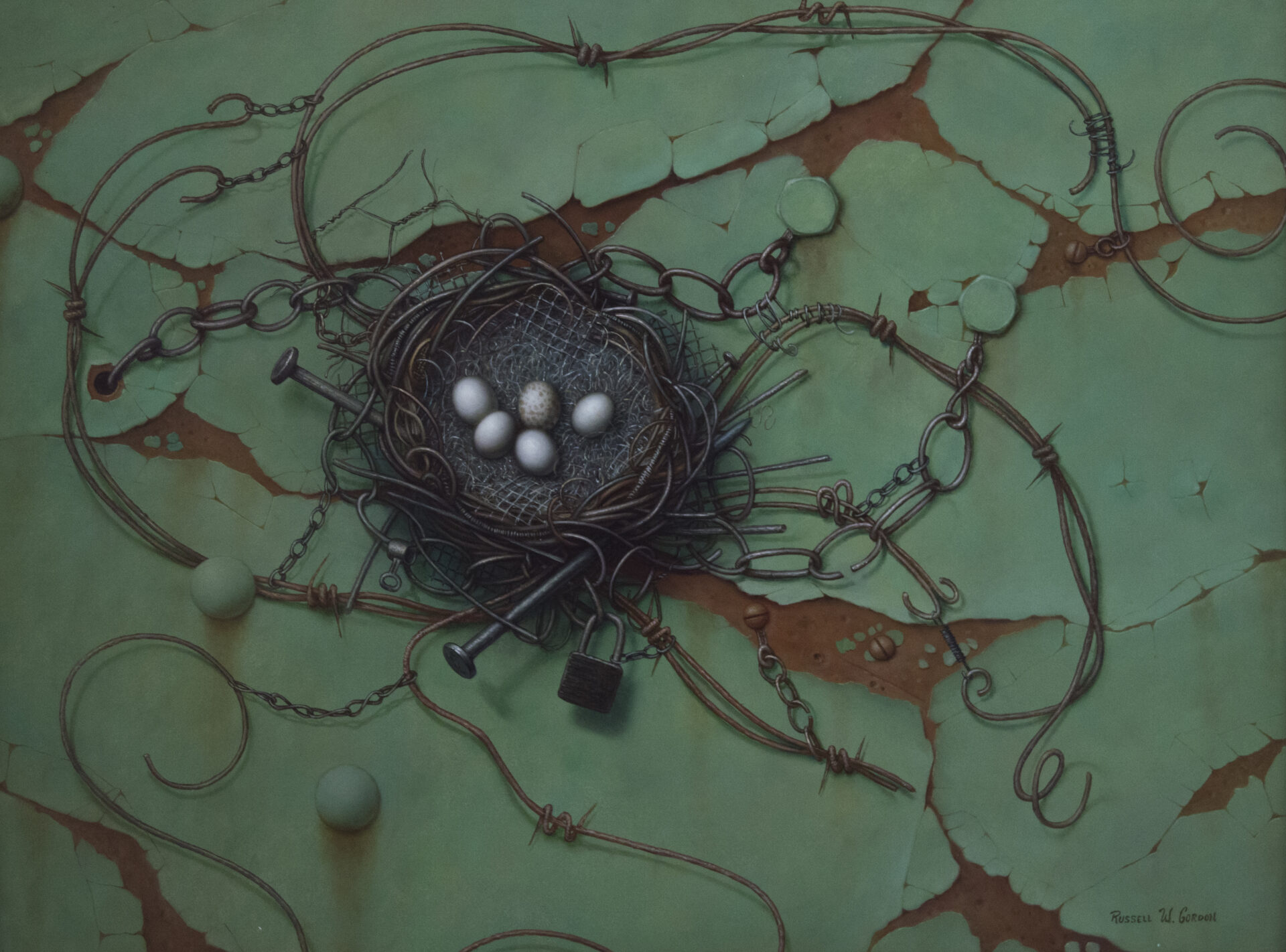 Born in 1968, Russell Gordon received his undergraduate and graduate art education at the Schuler School of Fine Arts in Baltimore. Gordon's paintings vary in subject matter, from classical tabletop still lifes to naturalistic studies, to surrealistic narrative scenes. Often combining layered symbolism and a subtle wit, Russell builds each work with carefully applied layers of oil paint and a strong sense of light and dark. Worked directly from life, the paintings invite the eye into windows of alternate but convincing reality without hesitation or reluctance. Viewers are often reminded of 17th-century Dutch vanitas themes, which hint at life's fragility while reveling in its pleasures. Gordon's works playfully involve contemporary subject matters in often ancient mythic narratives. The result is thought provoking and ultimately satisfying to both the eye and the mind.

In 1996, Russell Gordon won first prize for still lifes in the annual national open juried contest sponsored by The Artist's Magazine. He was also the featured cover artist of American Artist Magazine (April 2000), and received a Juror's Mention award from the Butler Institute of American Art in June 2000. His work has been exhibited in the national open juried shows of the Allied Artists of America (1994 and 1995), the American Artists Professional League (1995), and the Oil Painters of America (1996). He currently resides and works in upstate New York with his wife, also a painter, Cynthia Gordon.

Artist of the Week 15 | Russell Gordon