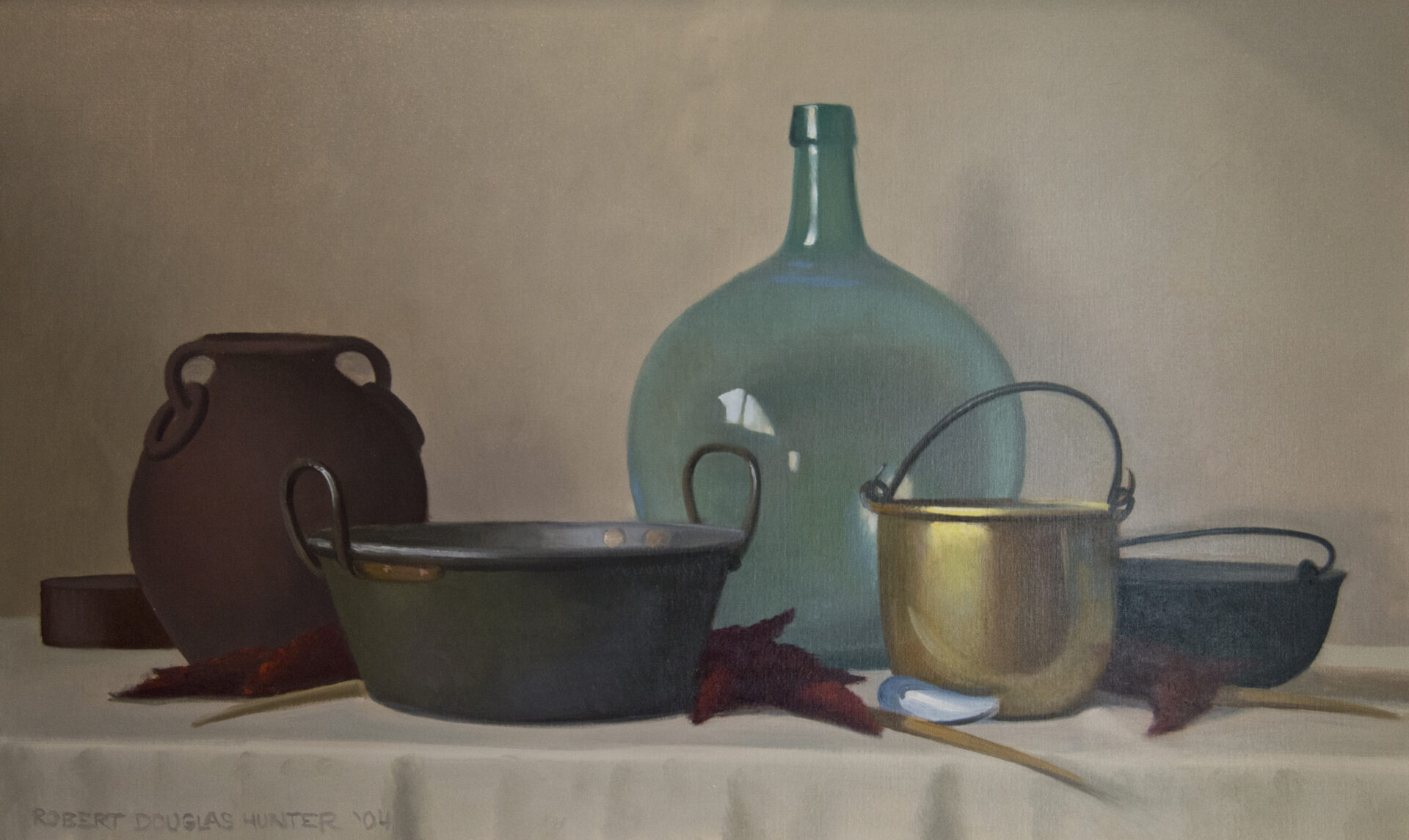 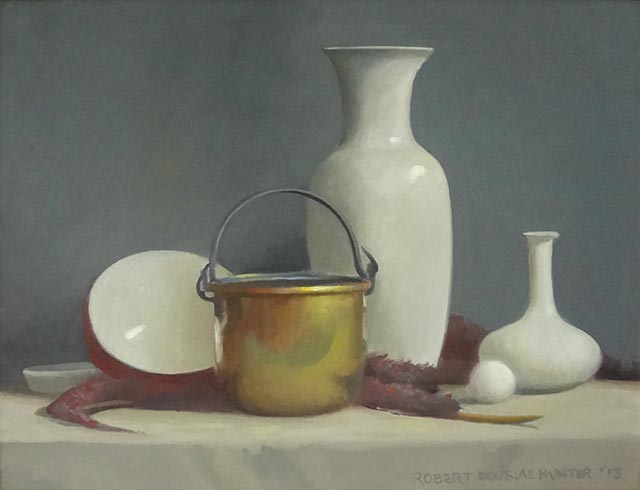 Arrangement with a Brass Bucket (WH) 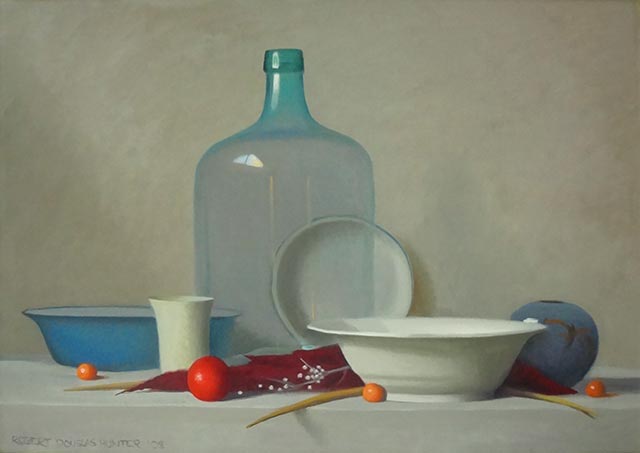 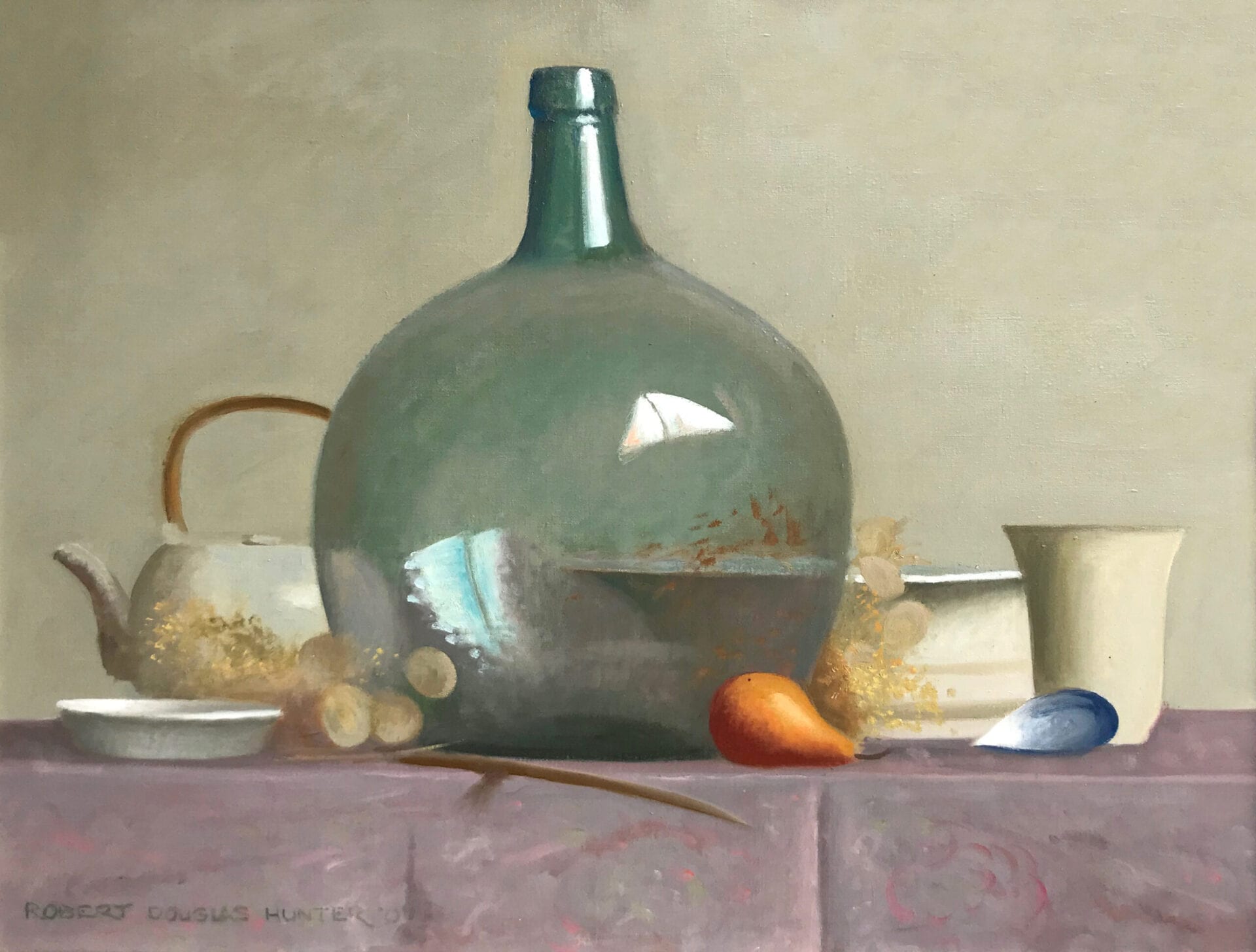 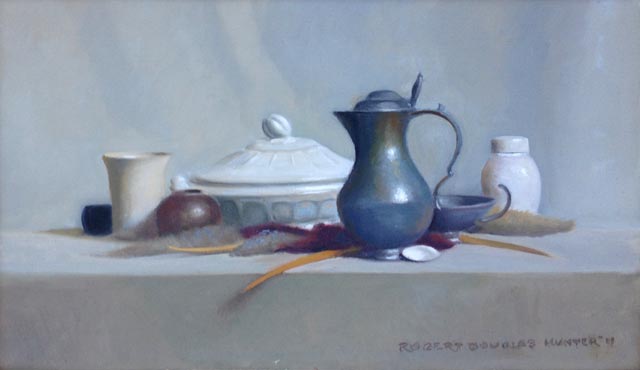 Arrangement with Pewter and Crockery (WH) 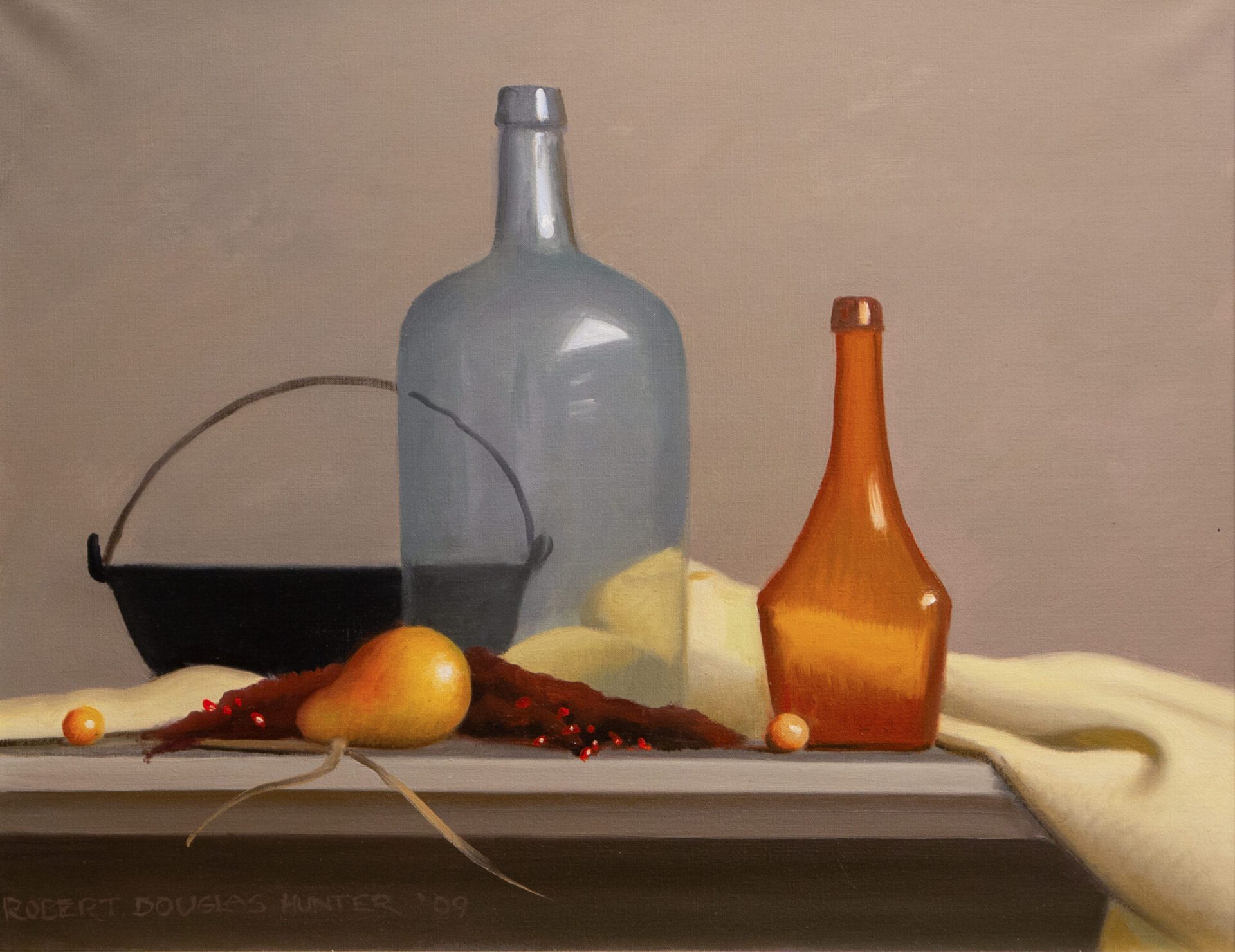 Arrangement with Two Bottles and an Iron Kettle (MKE) 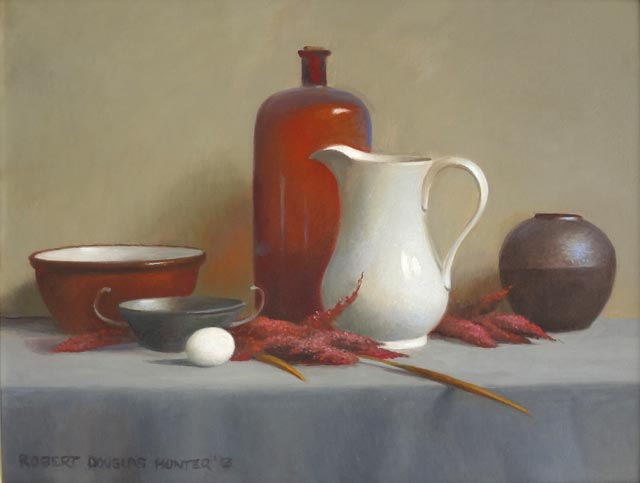 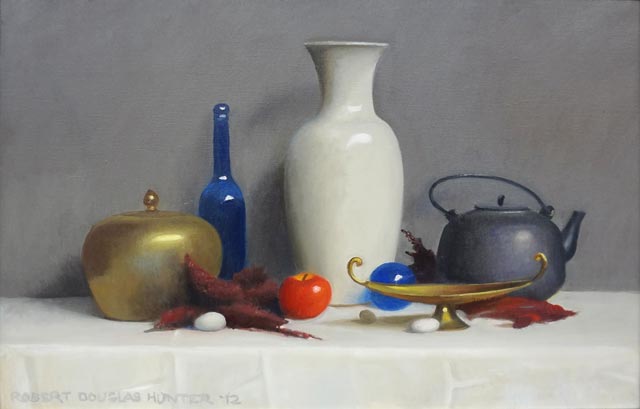 Arrangement with a White Vase (WH) 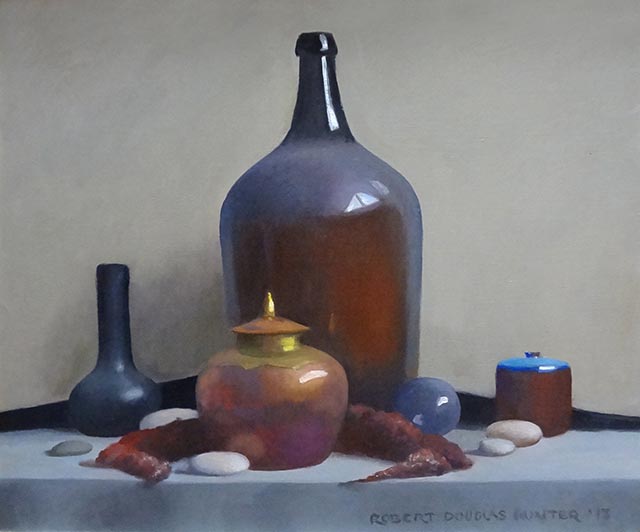 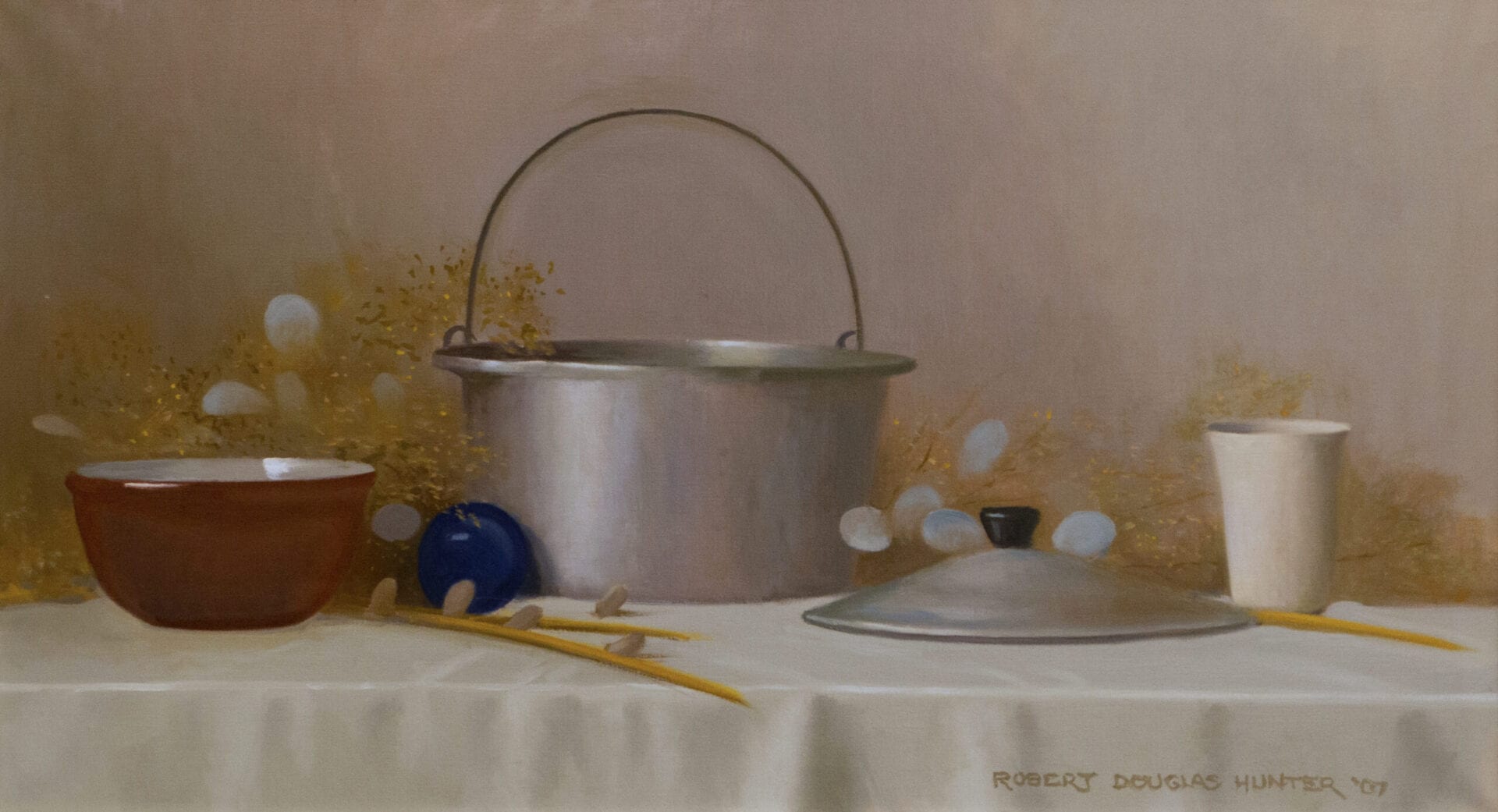 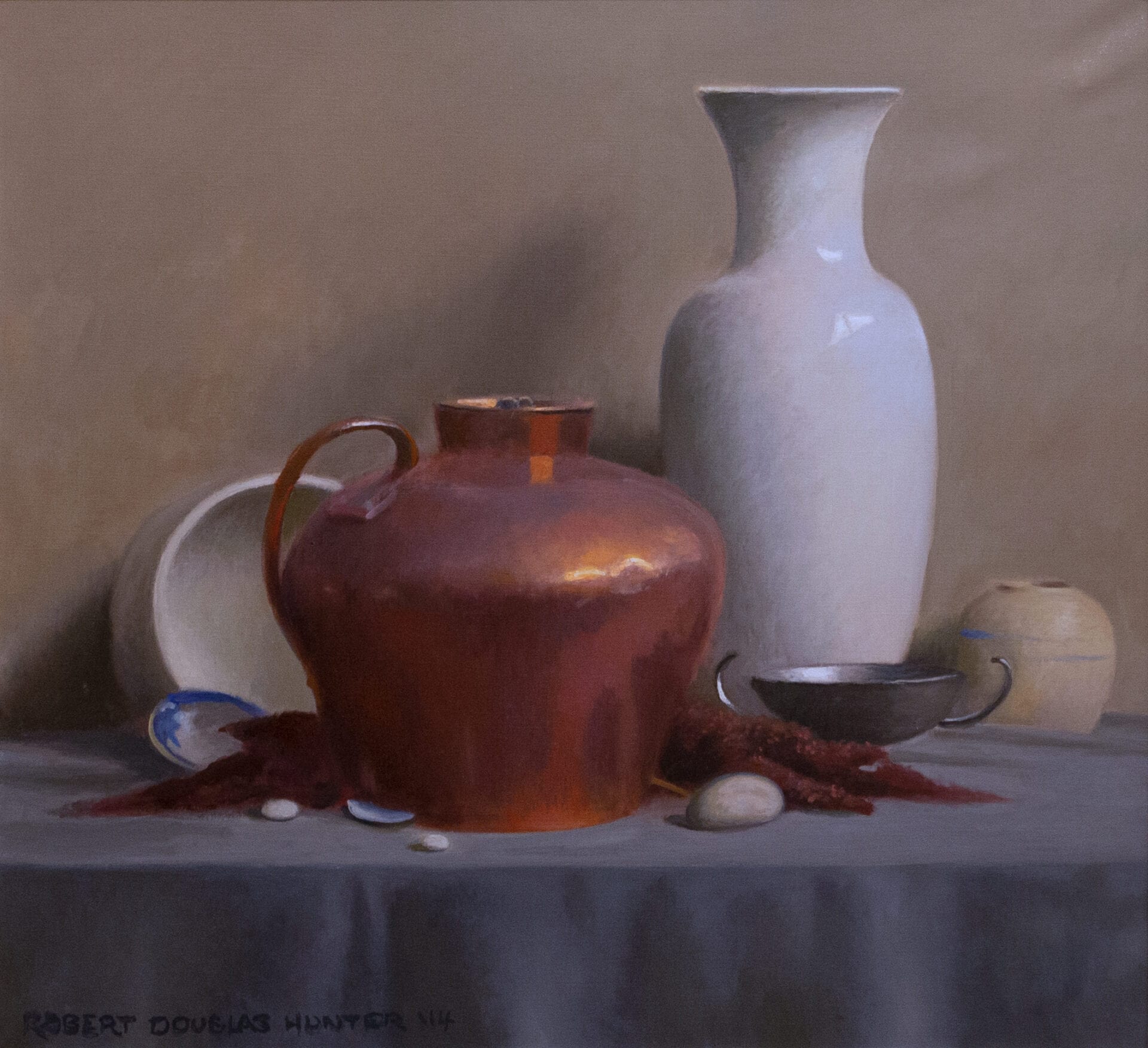 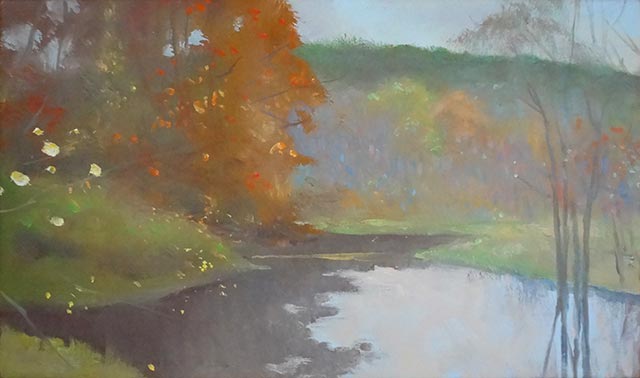 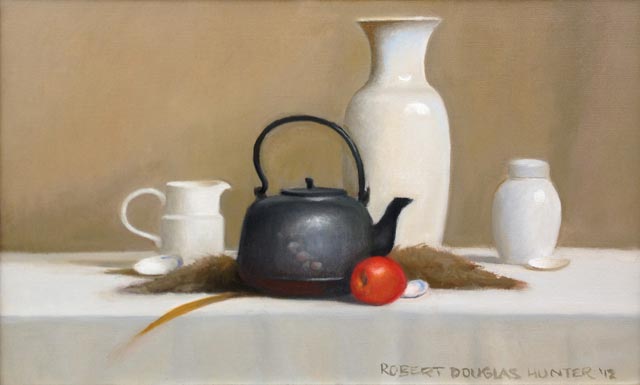 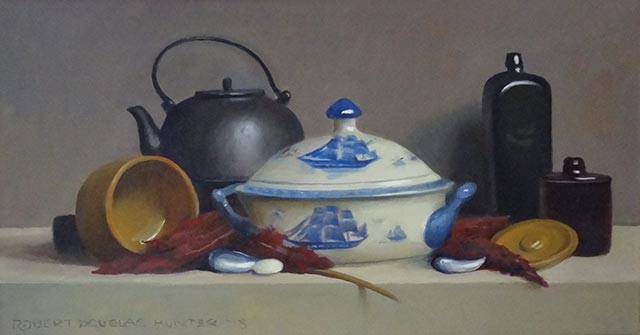 Arrangement with a Blue and White Export Tureen (SOLD) 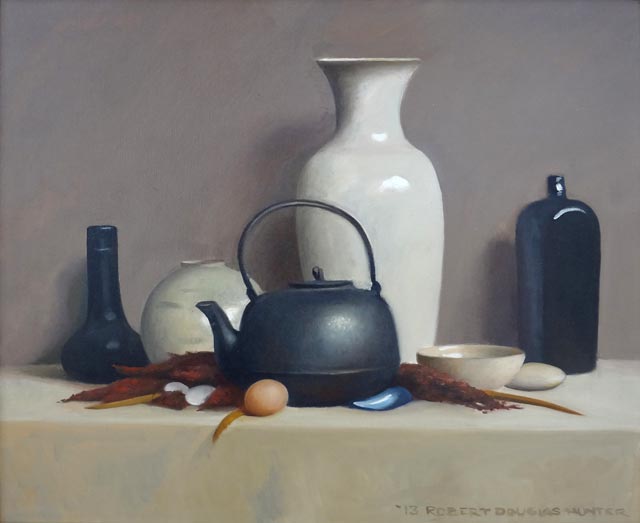 Arrangement with Crockery, Iron and an Egg (SOLD) 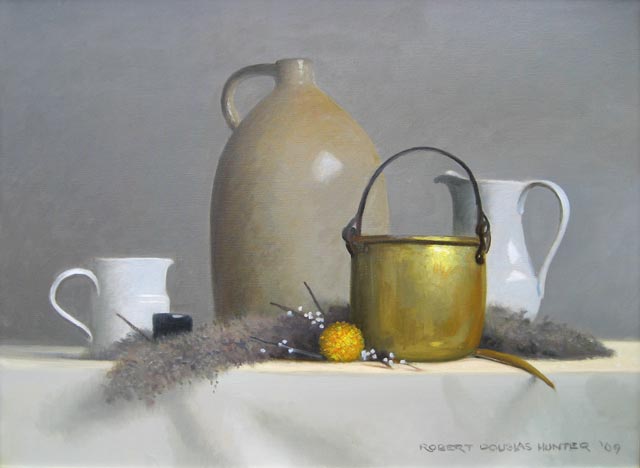 Having studied with Henry Hensche of Provincetown and R.H. Ives Gammel of the Boston School of Art, Robert Douglas Hunter received his training from master painters whose teaching environments echoed that of French atelier instruction. This education emphasized the importance of carefully planned compositions, accurate rendering, and delight in the ability of light and shadow to create atmosphere within a painting.

As a teacher and painter, Hunter has won numerous awards including the first John Singleton Copley Award, fourteen Gold Medals at the annual exhibition of New England artists held in Boston, and a Citation from the Governor of Massachusetts in recognition of his accomplishments in both painting and teaching. His works hang in many museums in the region, are in the collections of both Harvard and Tufts University, and are held in private and public collections worldwide. Prior to his passing in 2014, Robert Douglas Hunter lived and worked in New England for decades.