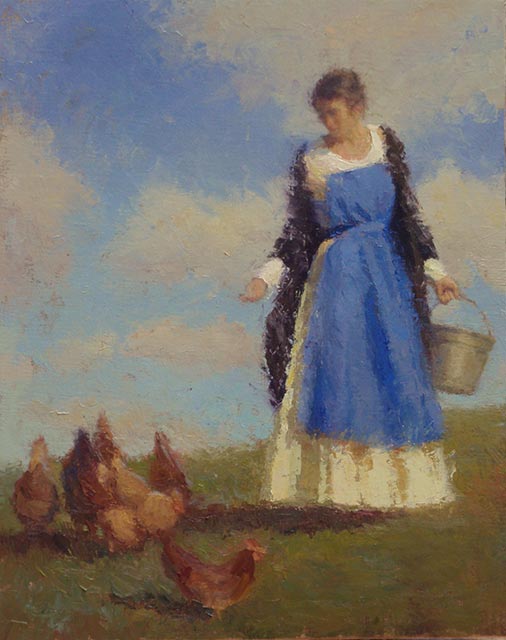 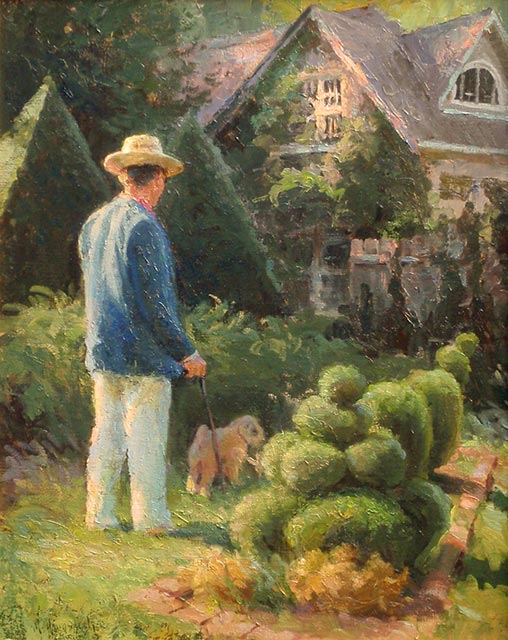 In the Garden (SOLD) 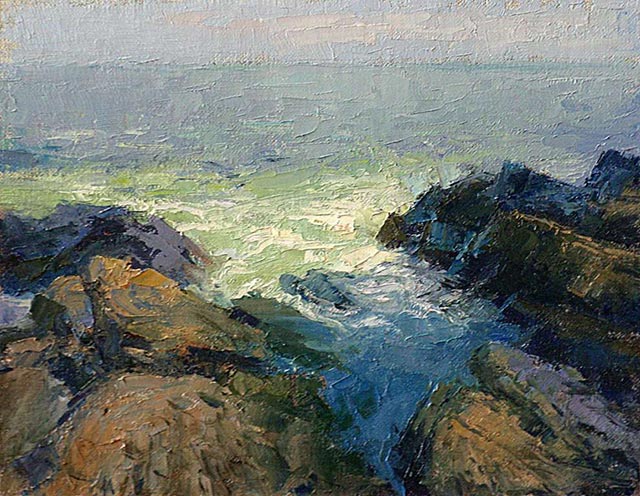 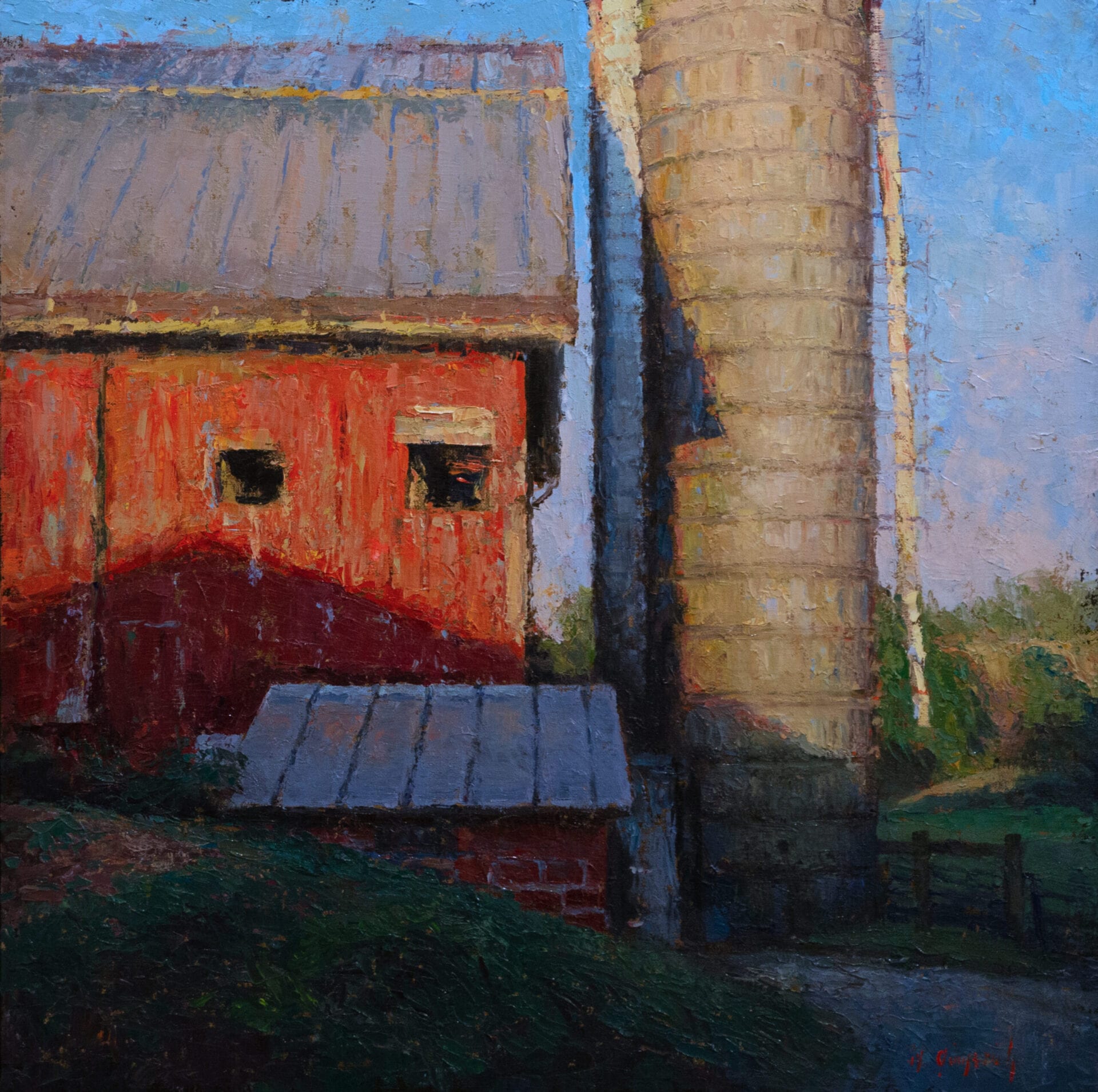 The inspiration to Mark Gingerich's work comes from the simple beauty of the countryside. Trees, fields, streams, flowers, rustic buildings, pastoral animals, ordinary people, and children engaged in outdoor activity are all subjects of Gingerich's paintings as he seeks to render the seen as well as the more elusive unseen but felt aspects of God's creation.

Gingerich was born in Westphalia, West Germany in 1962 and moved to the United States ten years later settling in central Ohio. He has enjoyed drawing and designing from an early age. His artistic gifts began to surface while he was a teenager living in Madison County, Ohio. He won prizes in national competitions for high school in the early 1980's. Gingerich went on to study at the Columbus College of Art and Design, North Light School and Atelier Du Nord School of Classical Realism. Gingerich is one of six artists to paint in the Ohio bicentennial project "Paint Ohio" in 2003. Gingerich and five other artists ventured into Ohio's 88 counties to explore their histories and unique places in order to be captured on canvas. The paintings were exhibited  at the Ohio Historical Society as well as other venues around the state and were sold at auction in the autumn of 2003. A commemorative book was also published entitled "The Land We Call Ohio."

A founding member of the Ohio Plein Air Society and a signature member of the American Impressionist Society, Gingerich continues to paint landscapes and figures to be shown locally and nationally. Gingerich and his wife, Shana, have been married for 28 years and have five children. He lives and maintains his studio in West Jefferson, Ohio.

Mark Gingerich | Artist of the Week

As a seasoned figurative and landscape artist, Mark Gingerich is known for his remarkable execution of contemporary impressionism. In addition to training at the Columbus College of Art and Design, Gingerich has studied under and been influenced by the artists...