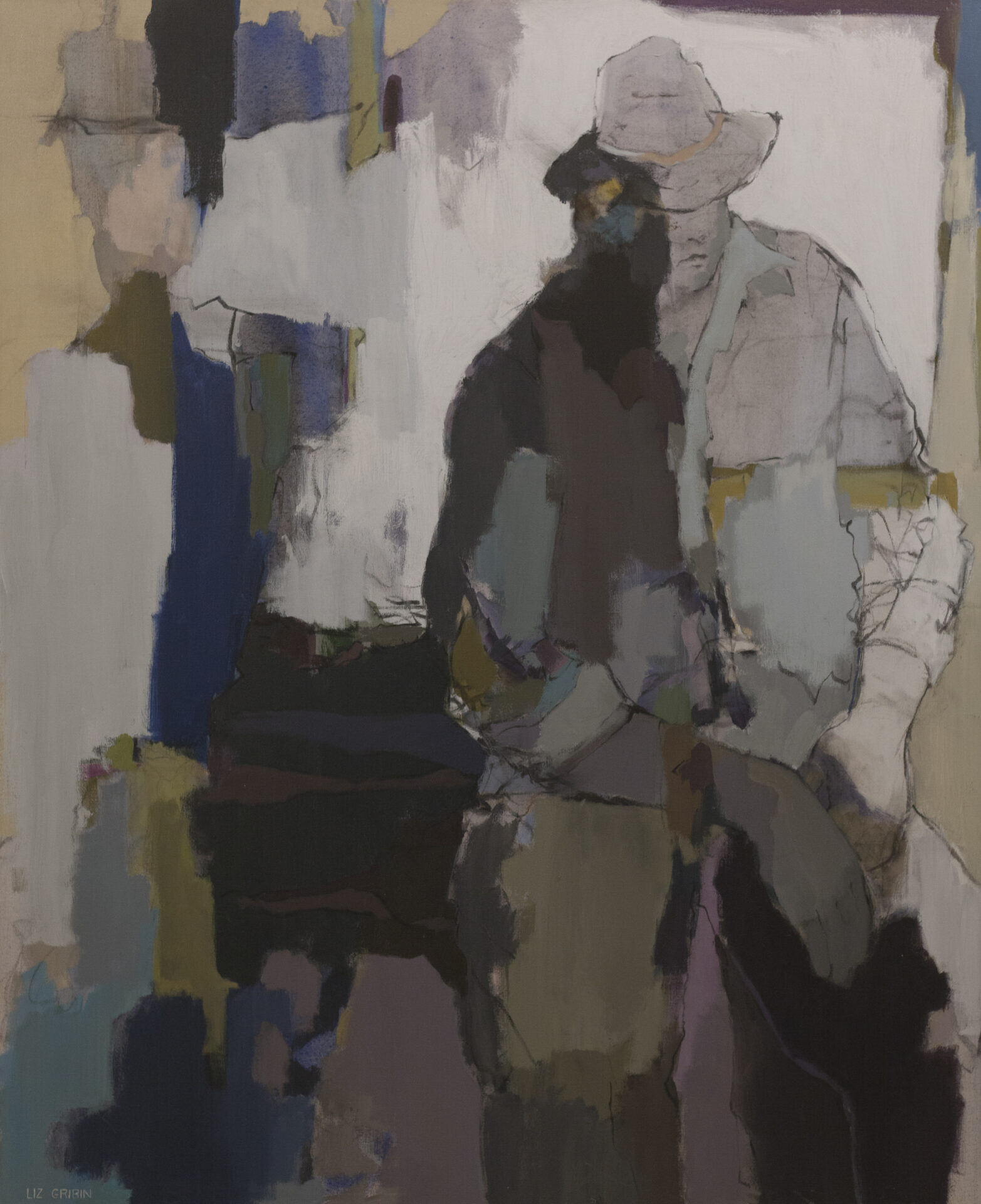 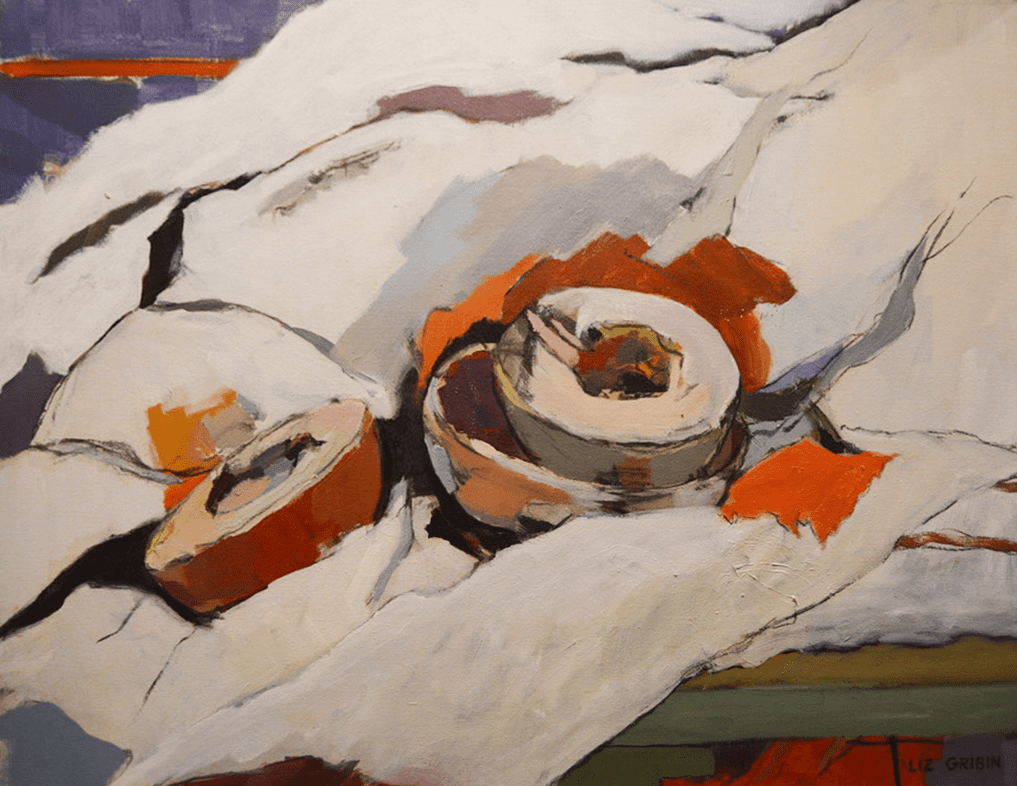 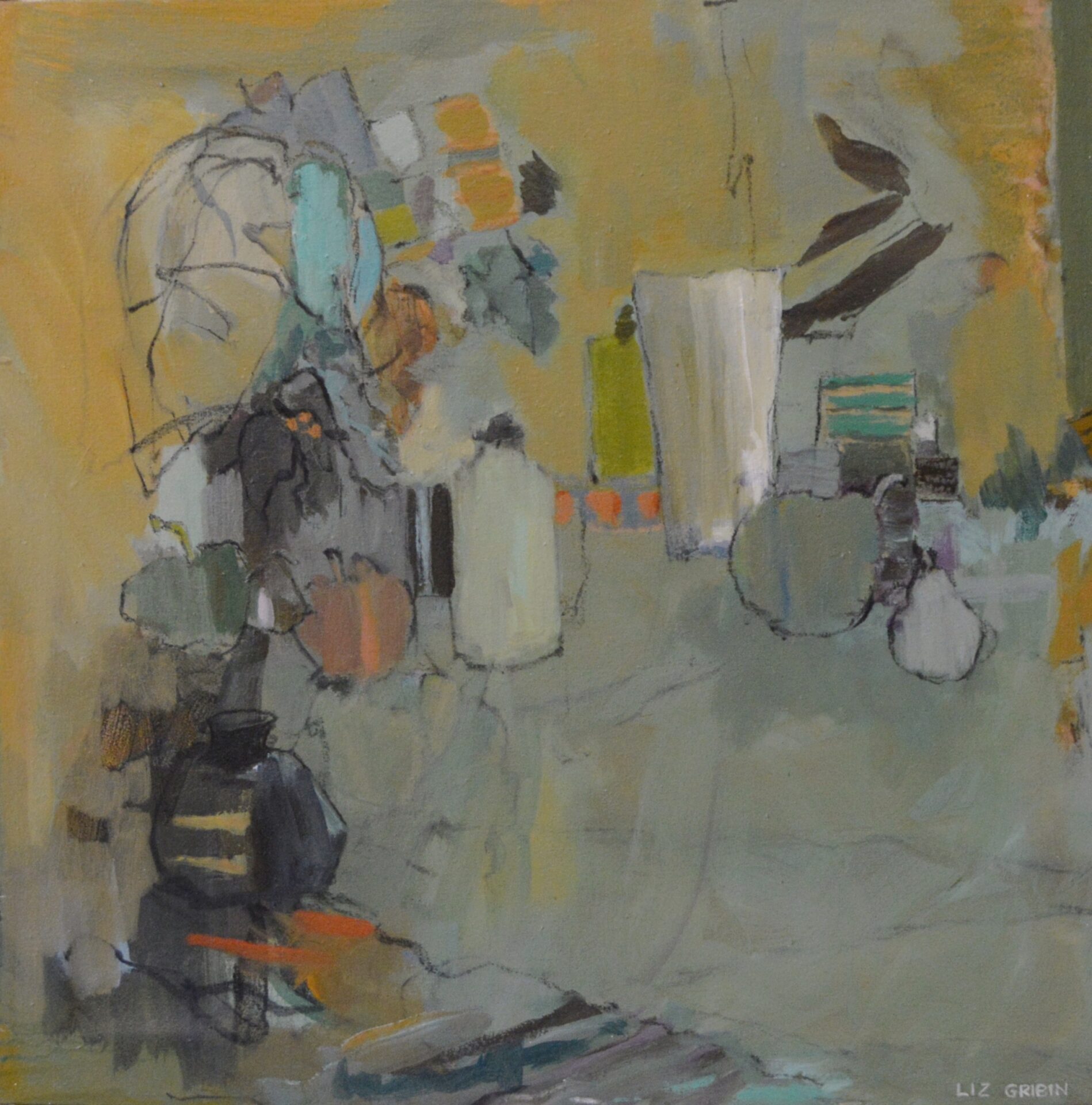 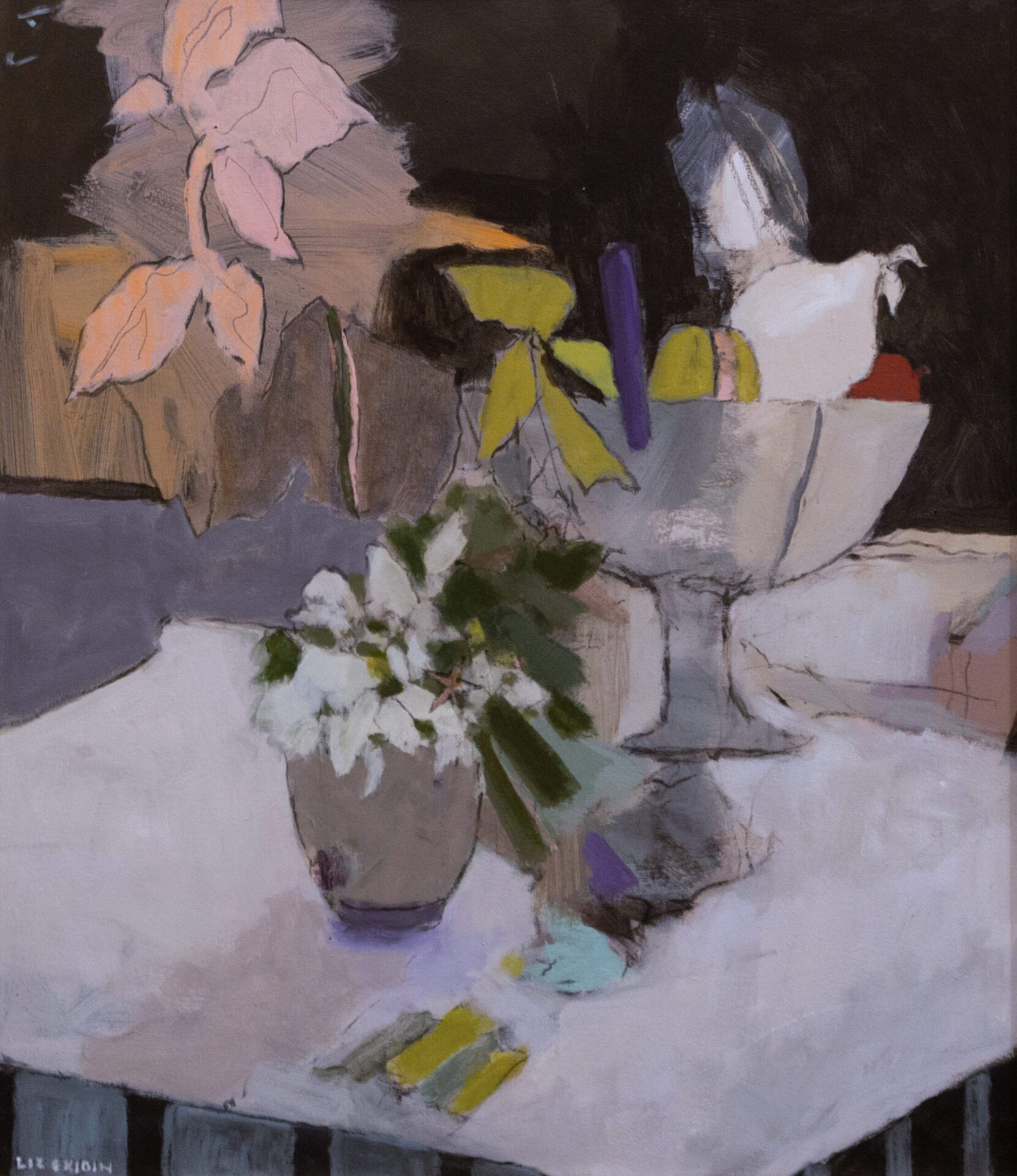 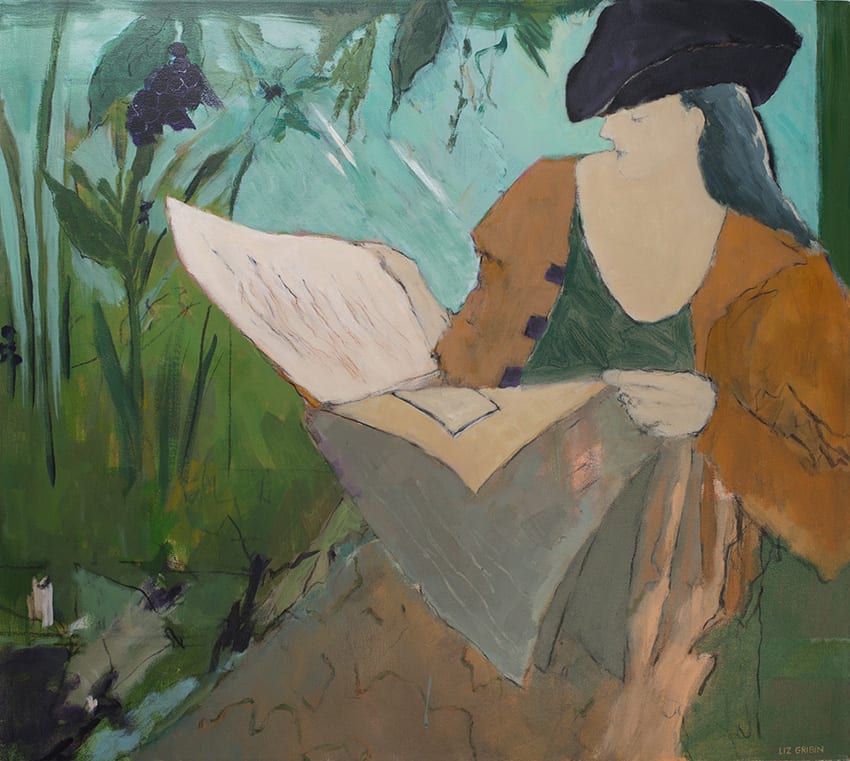 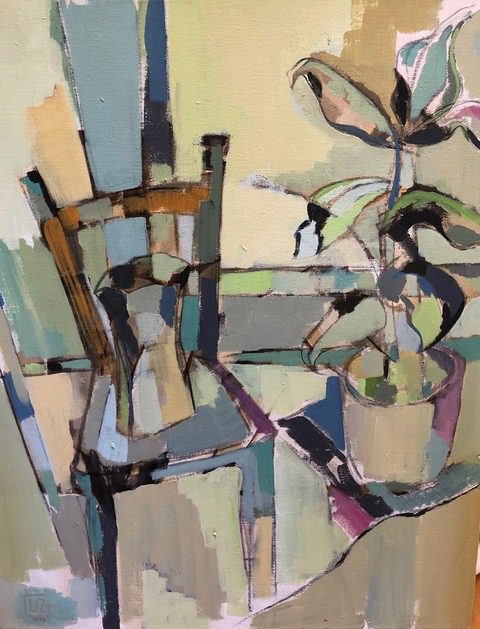 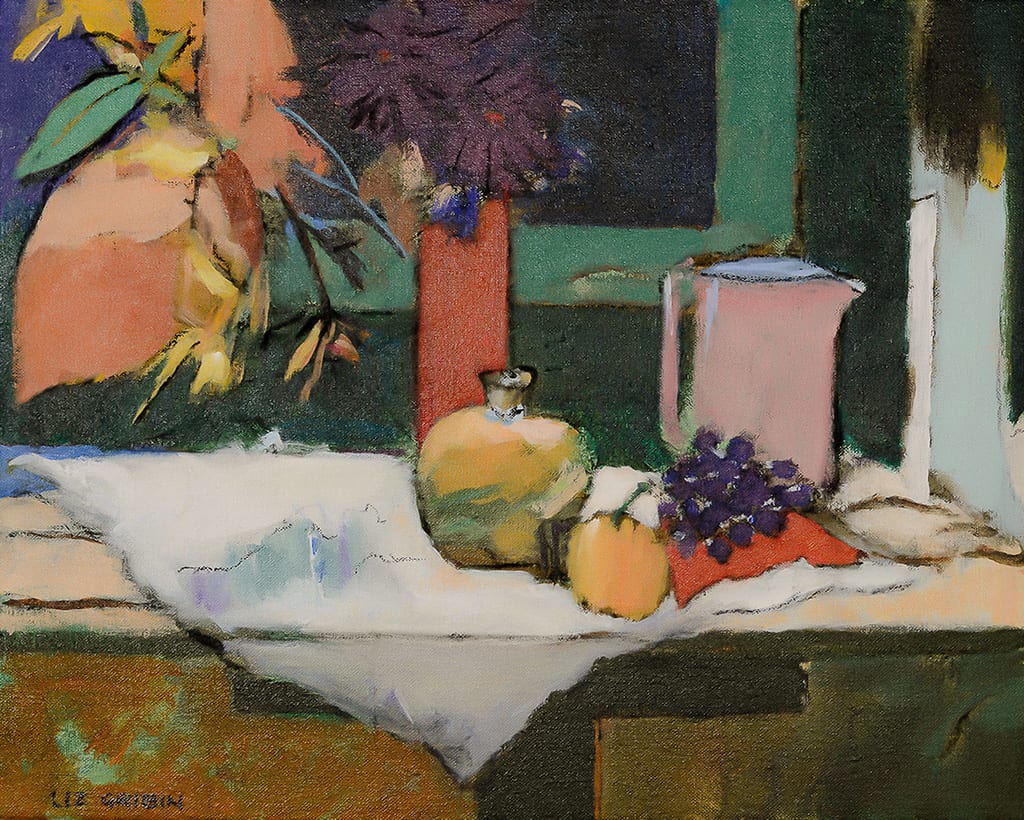 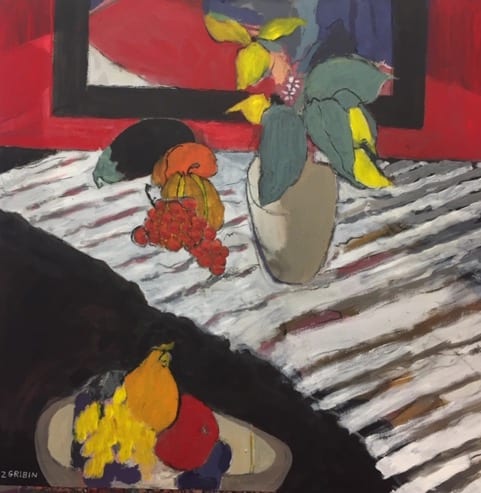 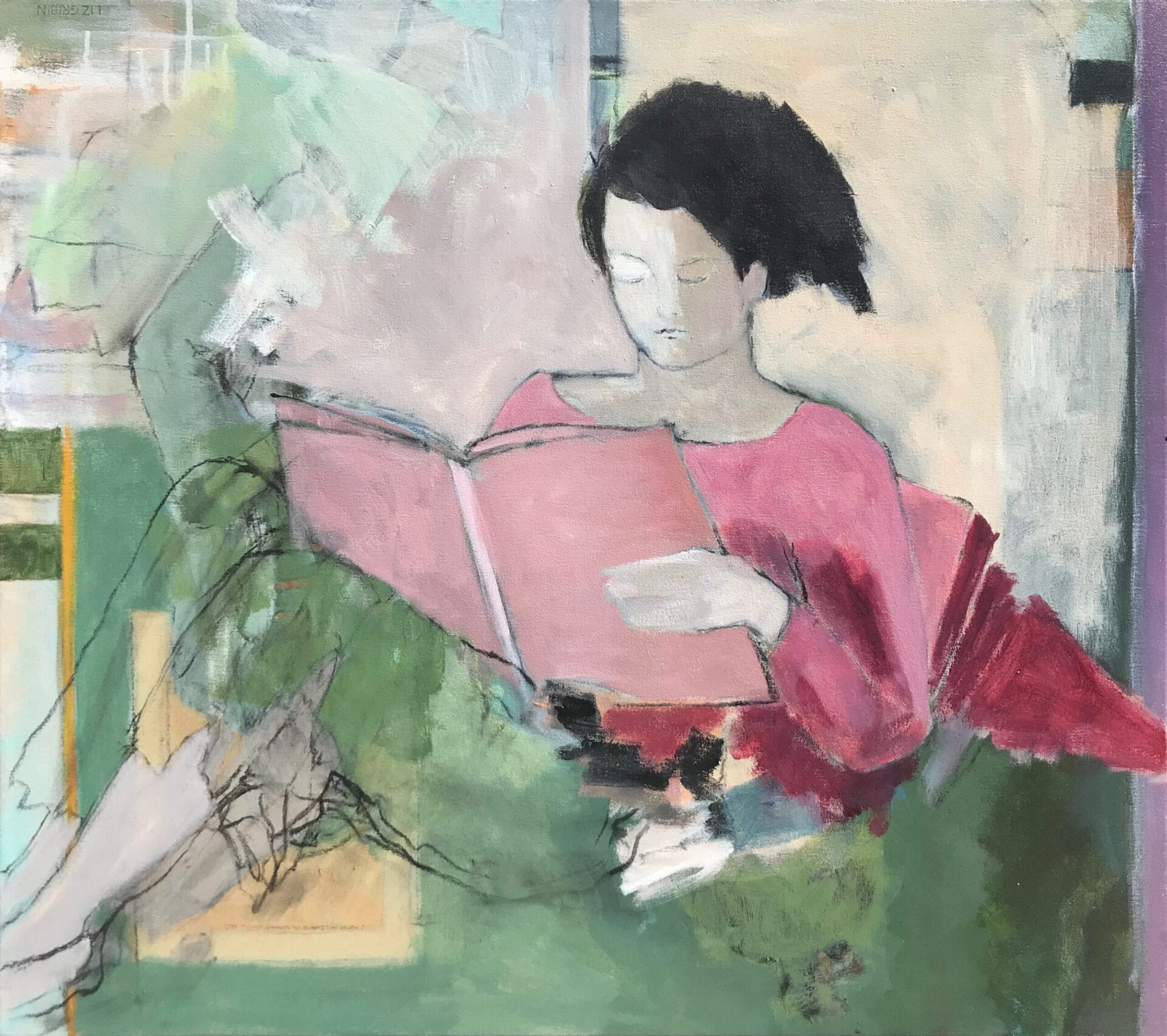 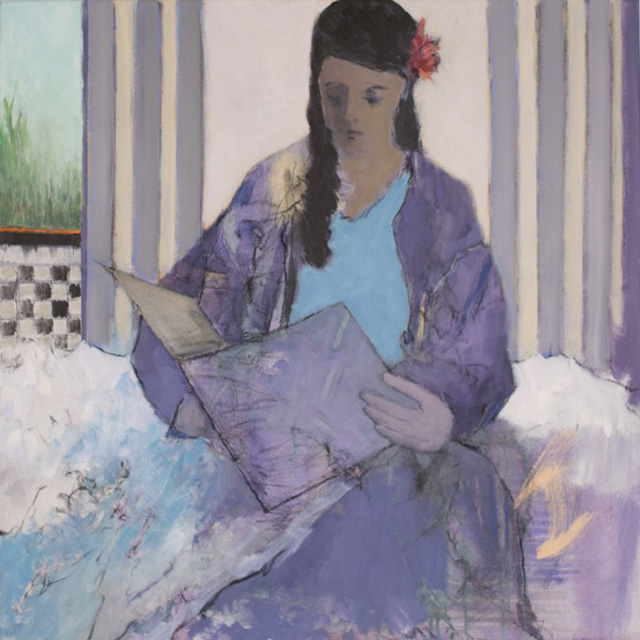 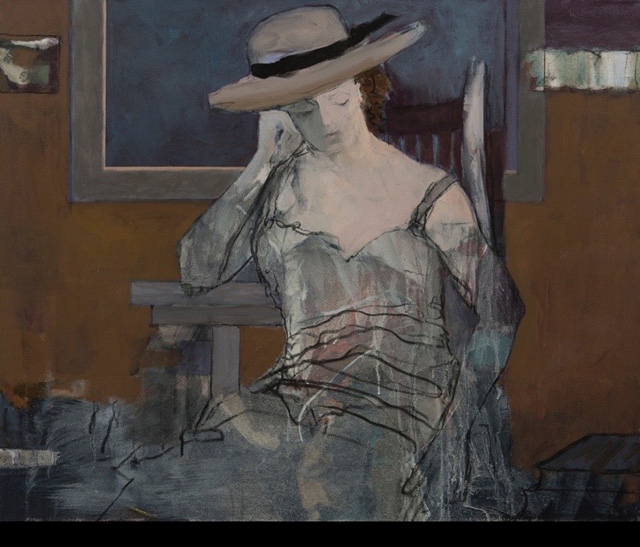 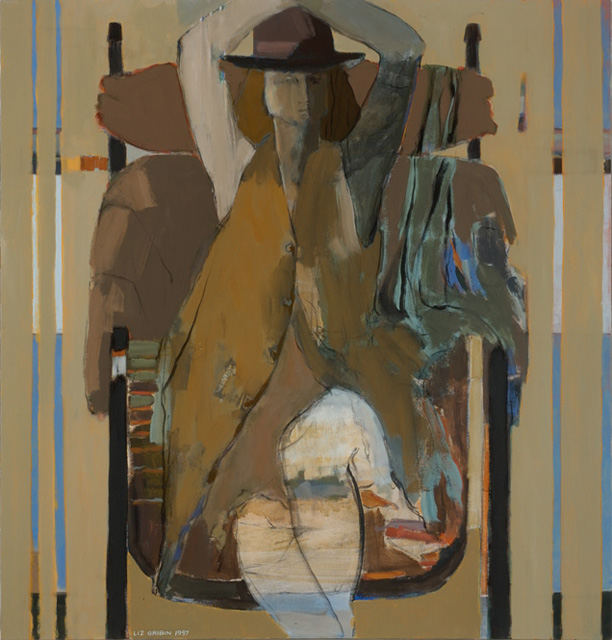 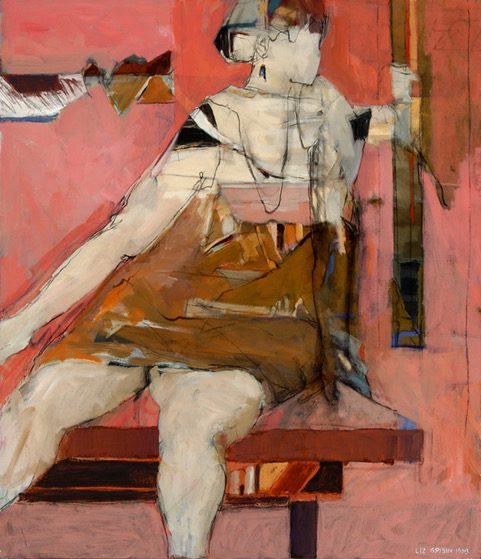 London-born painter, Liz Gribin, has received numerous awards and much recognition for her outstanding artistic talent. After many years in Great Neck and the Hamptons in New York Liz moved to Boston and now lives minutes from her Gorse Mill studio located in Needham. She is an internationally acclaimed painter named by the Hamptons Library a “living legend” during the U.S. Library of Congress Bicentennial celebration.

A 1939 emigrant from the war in Europe, Gribin began her art studies in New York’s Museum of Modern Art and the Art Students League. She earned her degree in Fine Arts from Boston University in 1956 under the tutelage of David Aronson. Her work is owned and displayed in distinguished collections in the U.S. and abroad. In addition, Liz has donated her original art to raise money for those in need. While living in the Hamptons, Liz’s painted cigar boxes were auctioned for the benefit of The Retreat-- an organization that assists women and children of domestic violence. Several of her large original paintings have been donated to the Residential Care Center for Adults on West 48th Street in New York City, a facility for the homeless.

Besides the numerous awards received over the span of Liz’s career her resume includes spotlights in Arts & Antiques, American Style Magazine, and in 2007 Liz was featured with a full-page spread in the Boston Globe Sunday Magazine. More recently her work has been showcased in local papers. Liz’s media broadened in the 1990s to include limited edition prints of original art, etchings, and large books with reproductions of her work. Her works are represented by several galleries. Liz’s study of fine art and her lifetime of art have played a significant role in her life as an artist, teacher, gallery curator, member of art associations, and lecturer.

Artist of the Week 17 | Liz Gribin

Artist of the Week 17 Liz Gribin | A New Song | oil | 34 x 38 Liz Gribin With her family on holiday in Switzerland when the Nazis marched into Poland, Liz Gribin escaped to America rather than return...