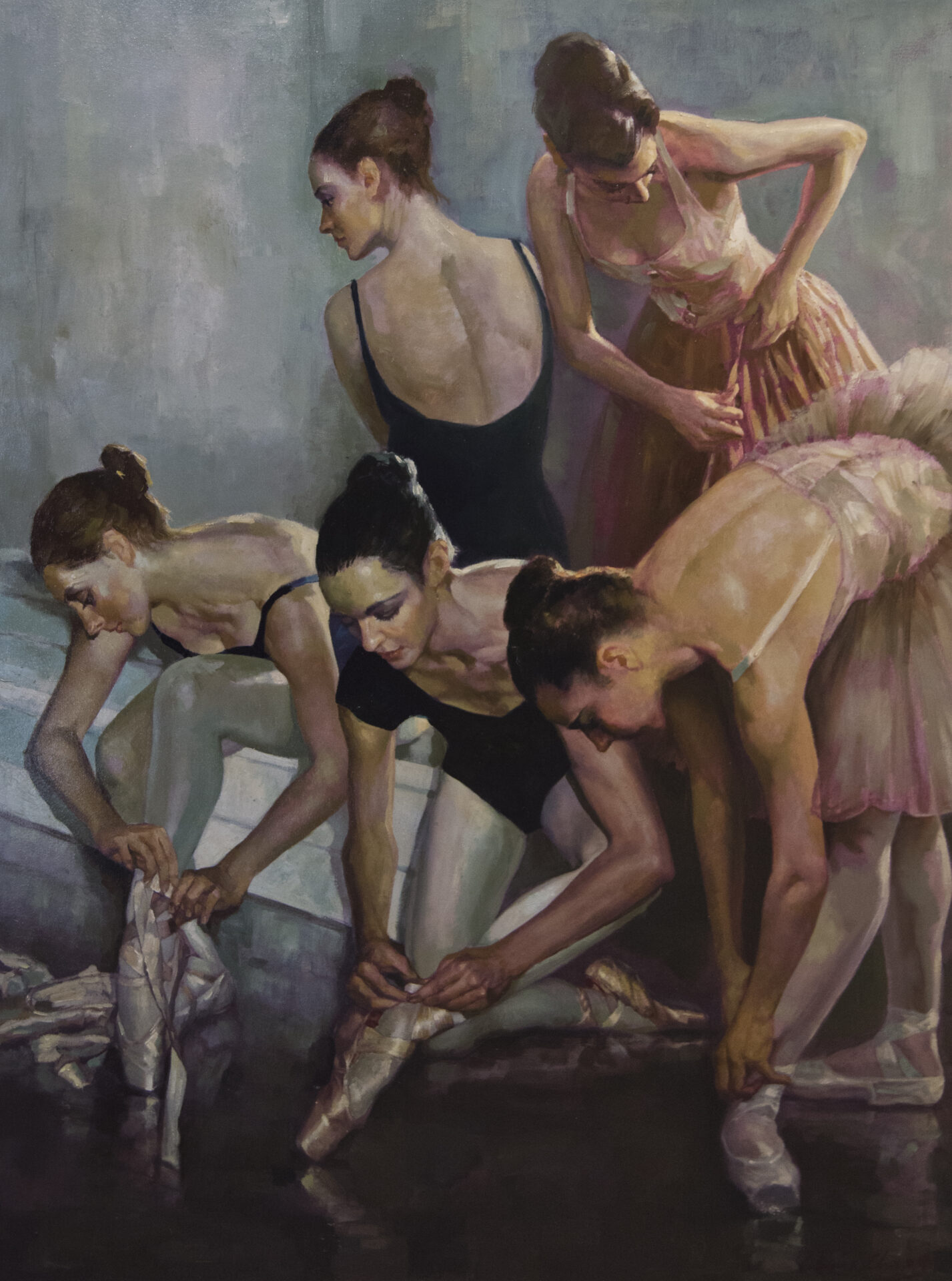 Christopher Zhang was born and raised in Shanghai, China, earning his B.F.A. degree before moving to the United States. Once in the U.S., Zhang pursued his M.F.A. degree at Rhode Island College, where he further built upon his strong artistic talents. Zhang was influenced by artists such as Rembrandt, Velazquez, Monet, Renoir, Ruben, and Delacroix. Focusing on portraiture and landscapes as main subject matters, Zhang embarked upon a successful career showing his versatility in traditional Chinese painting, still life imagery and calligraphy. Zhang typically paints in oil, but often will switch to painting in acrylic, gouache, watercolor and Chinese ink.

Christopher Zhang found inspiration in Russian realistic painting of the 19th century and the Soviet Union, focusing on color contrast along with components that emphasize light. This type of imagery was often used for the purpose of propaganda, causing Zhang to make his first of three stylistic changes. The second phase Zhang experienced took him on a much more commercial approach to fine art, a time in which he describes his art as "too pretty to express personality." Through this, Zhang learned that he must use style and personality as key components in his artwork, using a combination of Eastern and Western elements within each piece of work.

These days, Zhang creates paintings with colors reminiscent of the Impressionist period and large brushstrokes inspired by Russian realism. Over the years, Christopher Zhang has acquired an extensive knowledge of what makes art successful. "I have an increasing feeling that art is more about the level of intellectual and cultural understanding than about the level of technical ability."

Christopher Zhang resides in New England, but is showcased around the globe at different exhibits, museums, art associations and galleries. When he is not painting, Zhang enjoys teaching, and has acted as a visiting professor at the University of Connecticut and Harvard University.