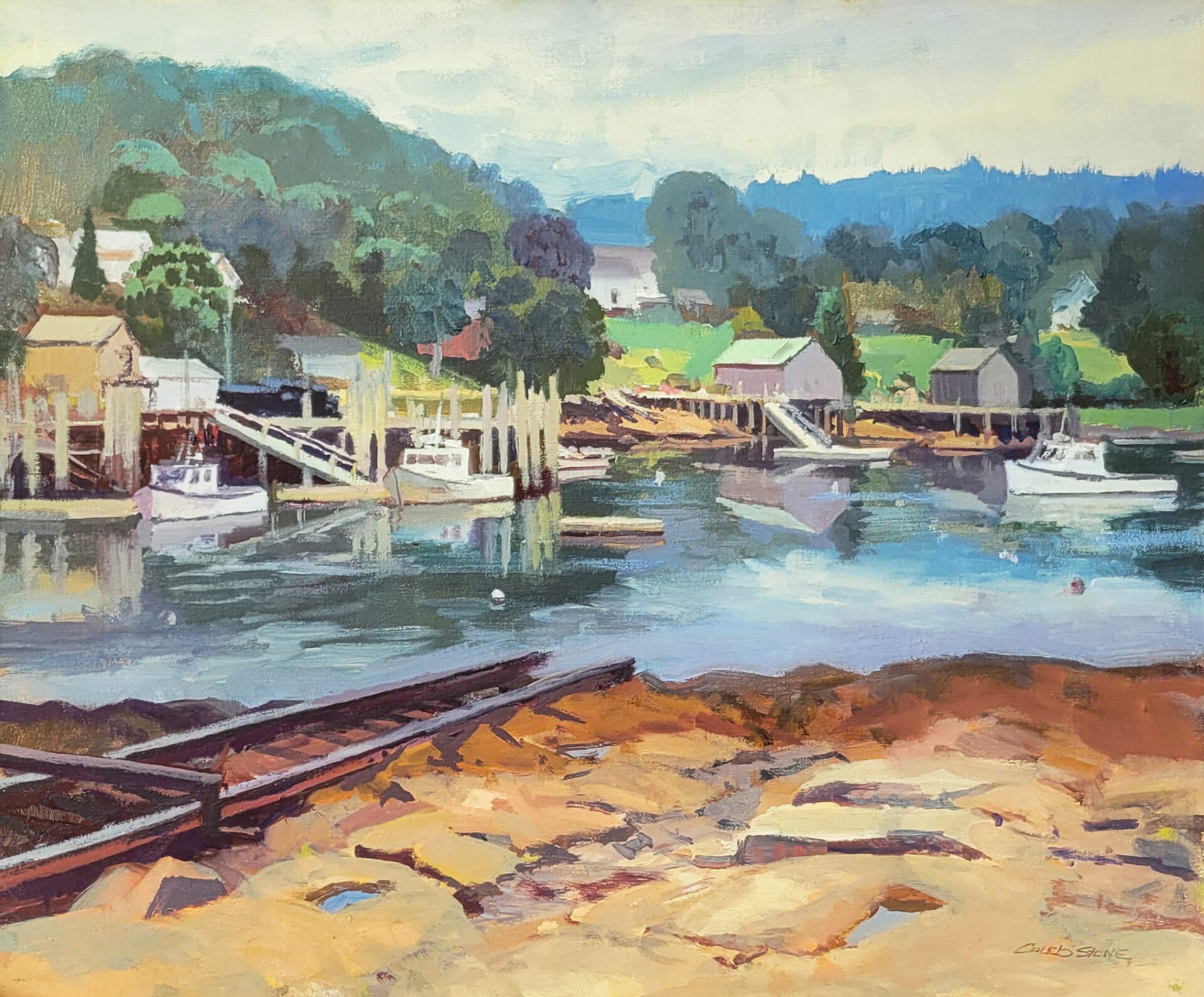 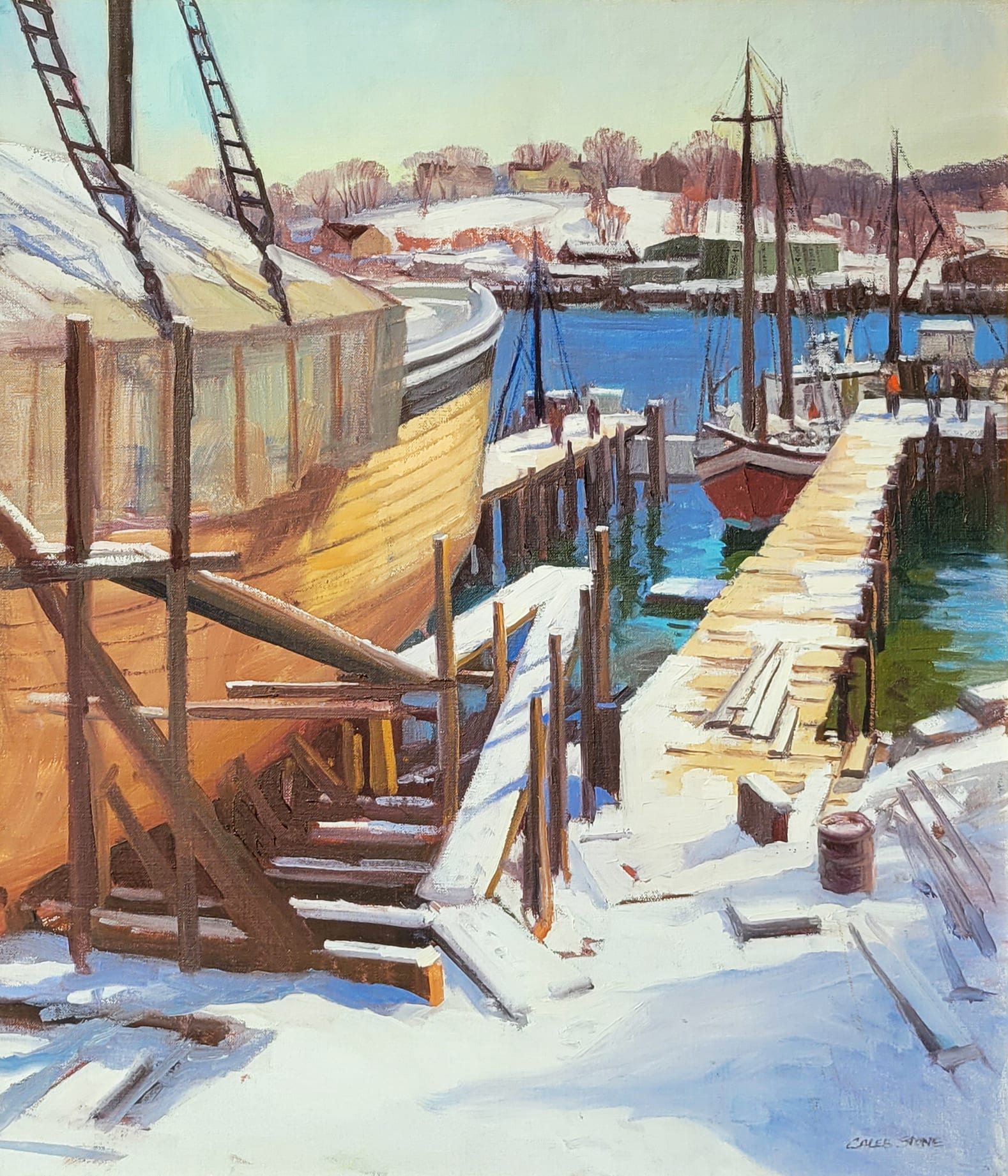 Caleb Stone studied fine art at the Lyme Academy in Connecticut, as well as with his father, Don Stone, NA. Since then, Caleb has been regularly teaching, traveling and painting, and has held workshops in the United States and Italy. Stone works in both oil and watercolor, and has been the recipient of numerous awards including the John Stobart Fellowship Award, the New England Heritage Award, the Wood Award for Excellence in Watercolor, and the Gold Medal for first place in the “Land and Light” category at Bryan Memorial Gallery (Jeffersonville, VT). Stone was fortunate to have grown up in the Rockport Art Colony, and was exposed at a very early age to plein-air painting by his father, Don Stone. His attraction to the French and American Impressionists and choice of art as a career grew from and was nurtured by this environment. He currently resides in Rockport, Massachusetts.