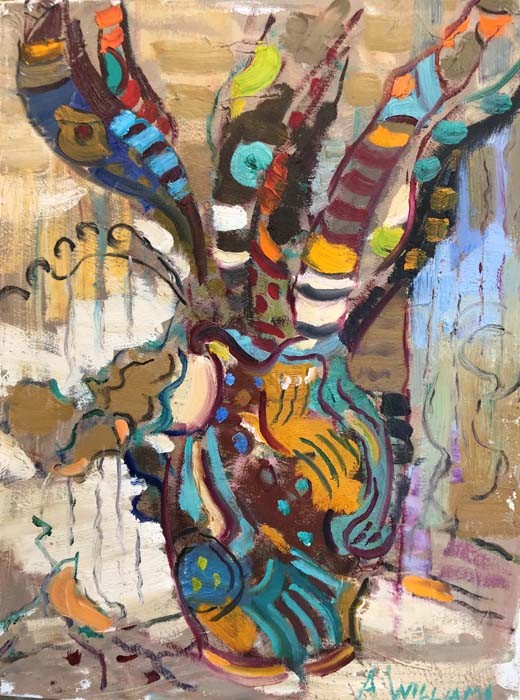 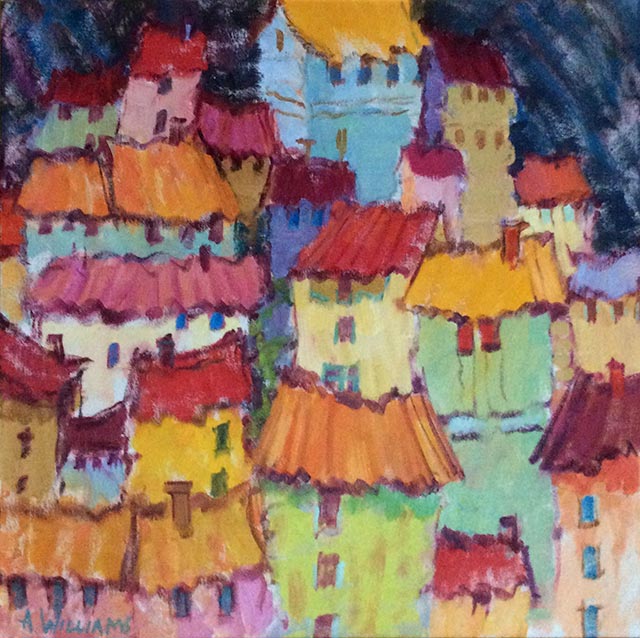 Luber On My Mind (WH) 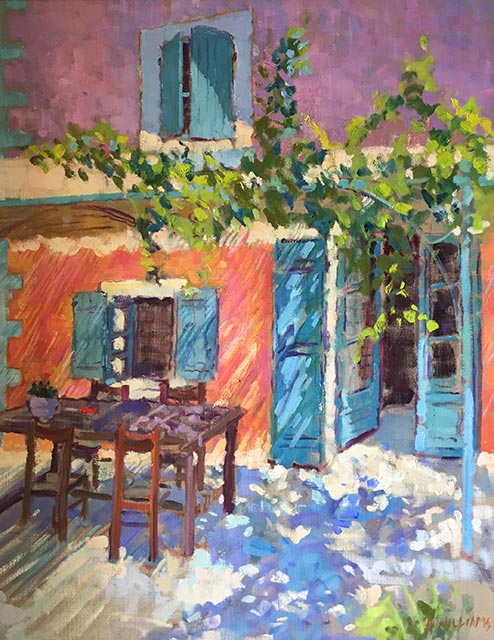 A prolific painter whose brushstrokes denote the bravado of a master, Alice Williams studied with many of the best-known artists of the 20th century, including Ken Gore, Constantine and Roman Chatov, Nelson Shank, Raymond Everett Kinstler, and Al Green. It is not surprising that she is represented in some of the finest private homes and corporate collections in the United States.

Williams' work is not only intensely personal, but rich in subject matter. Having lived in Europe from 1986 to 1990, she had the opportunity to study the masters as she frequented museums, especially the Louvre and the Musee d'Orsay, which were within walking distance of her Paris home. She returns to Europe frequently and has painted extensively throughout France, Belgium, Spain, Italy, Holland, and England. Her beloved Kenya and Tanzania have also inspired many of her most memorable paintings.

At first glance, one might categorize Williams' art as Post-Impressionist, but in truth, her work is not confined to one genre. Yes, she is interested in color and light as Bonnard and Vuillard were, but she is just as fascinated by composition and canvas narrative as in earlier periods of art. Her technique is bold and unafraid and has a freedom that comes from years of practice. She is obsessed by and delights in the effect light has on any object, be it an interior, still life, or outdoors, where sunlight creates even more vibrant colors and contrast.