Ton Dubbeldam is a Dutch artist who challenges our perception of space and time. Dubbeldam’s imaginative creations are rooted in his admiration for art history and the natural realm. Via this avenue, Dubbeldam’s artwork finds balance between the real and imaged landscape.

“If you could say it in words,

there’d be no reason to paint.”

In 1973, Ton Dubbeldam fell in love with art. His father took him to France in hopes of broadening his young son’s mind. Admittedly, the sixteen-year-old Dubbeldam was unenthused. He was a novice at the language and didn’t care for Paris. But, it was when he arrived in Provence that the young man woke up. A passion had been lit for Dubbeldam, and a year later, after exhibiting twenty-five etchings of Provence, he sold out his first show.

Finding his first muse during that trip to France together, Ton shows great respect and homage to his father, Piet. Piet was raised in Schoonhoven but chose to leave the farm in search of other opportunities. Interested in a position at Philips, Piet began his career in Chemistry. That is where he met Ton’s mother, Nies. After a quick marriage, the pair returned to Piet’s home in Schoonhoven to care for his parents. Ton’s sister, Ineke, was born in 1952, and Ton followed in 1957. Sadly, Ton’s world was cruelly changed in 1964 when his mother passed after a long battle with cancer and his grandparents unexpectedly passed a few months later. Piet was left with two young children.

Piet sold the family farm and became a salesperson. “The show must go on” became his father’s motto and the three lived a changed but happy life. Ton reflected fondly on memories of his father’s sailboat and Hammond organ, and his sister’s electric guitar. He was happiest to recall his “real Lassie dog.”

Piet remarried in 1969 to a wealthy friend of the family, Lies. Following a brief period of happiness, the marriage quickly deteriorated and the home suffered. Shortly after their nuptials, Ton, Piet, and Lies moved to Groningen. Piet accepted a job at a lab there owned by Lies’s family. The years spent at Piet and Lies’s home in Groningen are remembered as a never-ending battle. The transition showed the relationship’s flaws, and Piet and Lies divorced in 1973. Piet was fired from the laboratory shortly after.

Ton felt the consequences of this unstable lifestyle academically, and following a year of poor marks in French, Piet took him to France. There, the two healed together and Ton’s world was thrown off its axis when he woke up in Provence.

Ton’s formal education in art began at Academy Minerva in Groningen. Following some encouragement from the professors at the best school for fine art and design in the country, Piet agreed to support Ton in his career as an artist. He was not disappointed.

Today, Ton is a world-renowned artist with works in private and corporate collections around the globe. His collections have shown at galleries in Brussels, Paris, the US, and Monaco. But Ton’s greatest happiness is his wife, Joos, and their two daughters. And finally, after a long struggle and years of experiments, Ton has found his balance in painting. 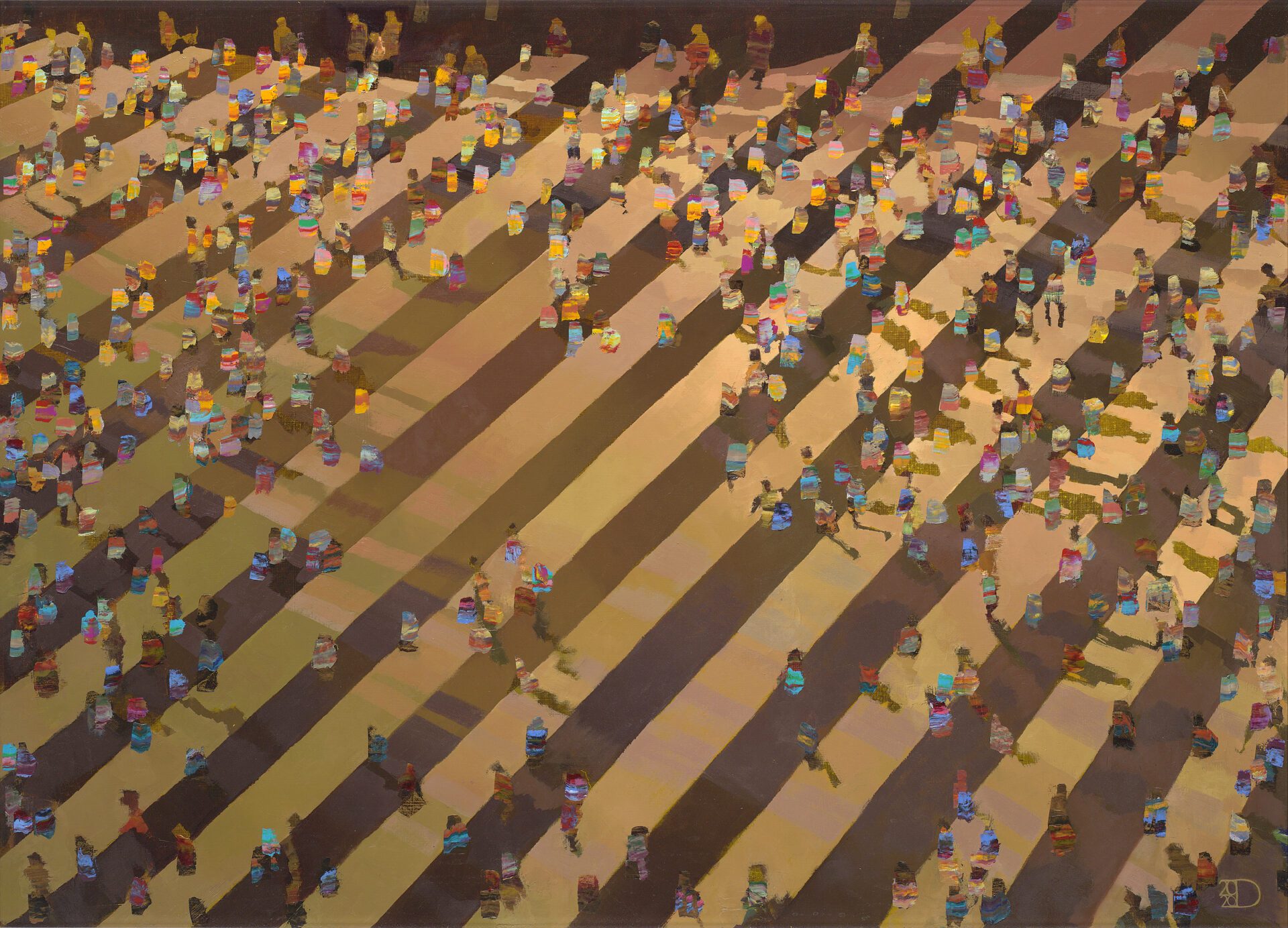 Ton Dubbeldam’s artistic style is an amalgamation of influences that span from Edward Hopper to Gustav Kimpt. Stylistically, his work combines aspects of realism, impressionism, pointillism, luminism and sometimes futurism. Dubbeldam’s compositions challenges the spectator’s viewpoint by raising the horizon and removing the stability of the foreground. Ton’s artwork successfully experiments with a combination of techniques that yield new but familiar landscapes that draw the viewer in for the flash of a memory.

Described as a floating technique, Ton begins his compositions by painting a panel with oils abstractly. He then pours mineral spirits over the panel to reactivates the paints. Dubbeldam squirls the saturated panel to create mezmorizing dream dimensions within the pools and skies of his landscapes.

Finally, working in stages with a palette knife to apply kalidescope-like dabs, Dubbeldam creates abstract fantasies out of the natural world’s most mavelous inspirations.