George Van Hook was born and raised in Abington, Pennsylvania, a northern suburb of Philadelphia. He began painting very early and was able to participate in the vibrant artistic culture of the region. The family owned a farm in Bucks County, home of the Pennsylvania impressionists, and he became heavily influenced by their fine academic training coupled with a love of the prosaic landscape. Another early local influence was the “Brandywine Tradition”, the illustrative work of Howard Pyle and the generations of Wyeths. This was further enhanced by a close association with coastal Maine. George has spent many summers painting in the mid-coast area of Rockland and Rockport Harbor, and on North Haven Island where his wife’s family owned property adjacent to the famous Boston artist Frank Benson.

Van Hook’s love of the European tradition also began early. He spent two summers during high school filmmaking throughout France and England. This allowed him to visit many of the great museums, and further increased his commitment to become a professional artist. Following college, he left for Paris and spent nearly a year copying at the Louvre and traveling through France, Italy, and Holland making numerous paintings en plein air. He returned to California, where he continued painting the landscape and figure out of doors. After marriage and the start of a family, George returned to the East Coast, eventually settling in Cambridge, NY, a beautiful nineteenth-century village in the Hudson Valley. His wife is a Mycological Consultant for Ecovative. Their three daughters were often models for his paintings when younger, and are now grown and successfully independent.

Van Hook thinks of his paintings as primarily a visual response to the selected environment, be it landscape, figure, or still life. “I want the color to be beautiful and the drawing firm and secure”, he says. The paintings are a marriage of external and internal forces – what emerges on the canvas should be a reflection of both the beauty of the world and the artist’s most inner response. 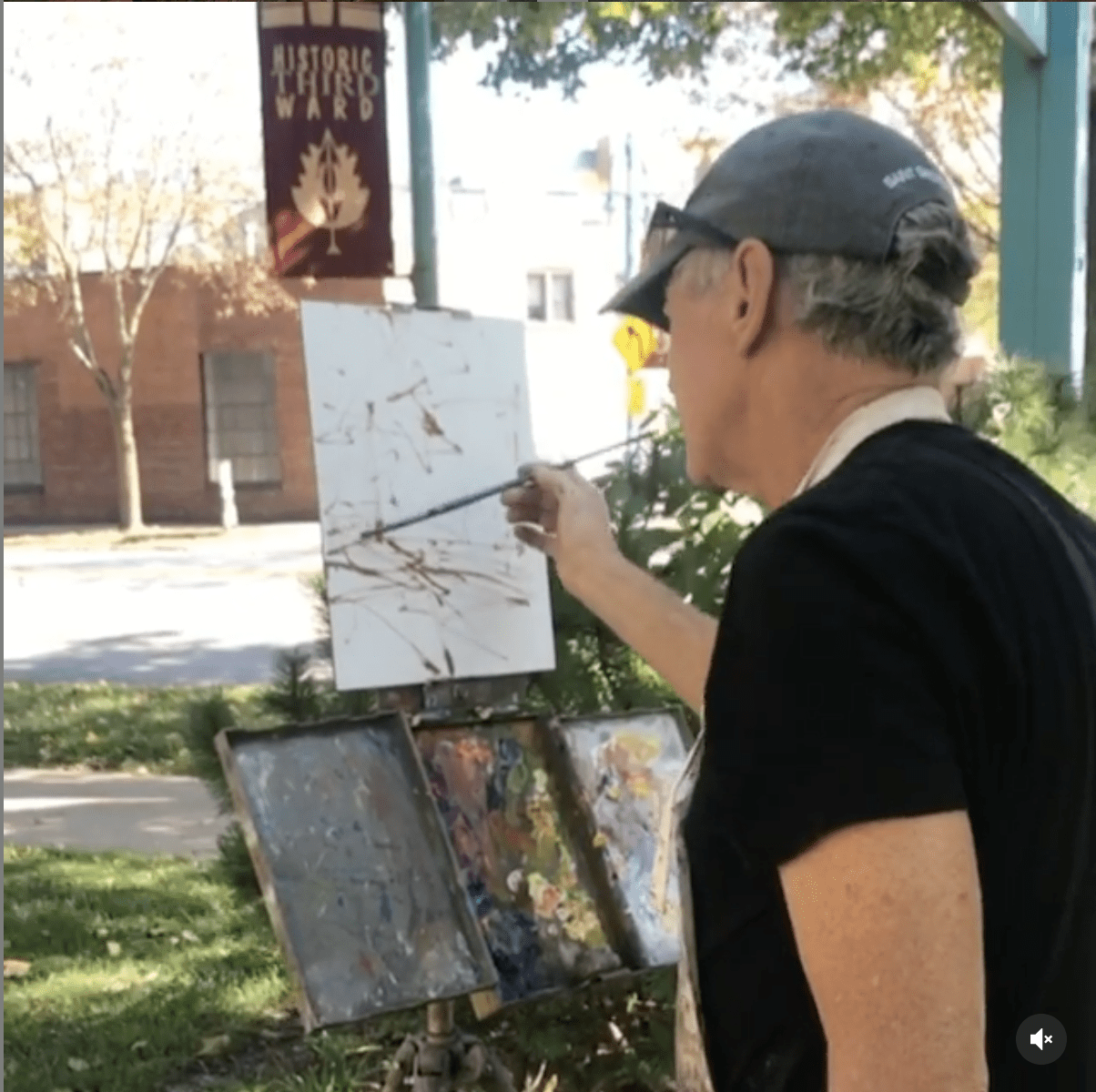 An Interview with George Van Hook

Why do you do what you do?

There is a quote I like… “The only things worth doing are the necessary and the impossible “… painting is a perfect combination of the two.

What’s integral to the work of an artist?

“Brute strength and ignorance,” the mindless ability to work regardless of the situation.

How has your practice changed over time?

I am becoming increasingly aware of the fleeting quality of time. I am trying to be more focused and am working harder than ever before.

What work do you most enjoy doing?

Holding a brush in my hand and responding to the visual stimulation before me.

Describe a real-life situation that inspired you.

Living and painting in Europe.

What is the outlook of an artist?

Name three artists you’d like to be compared to and why.

Comparing artists is both a futile and deeply corrosive activity. Those artists that do so are inevitably the less for it.

What’s your favorite or most inspirational place?

The world that we live in.

What’s the best piece of advice you’ve been given? 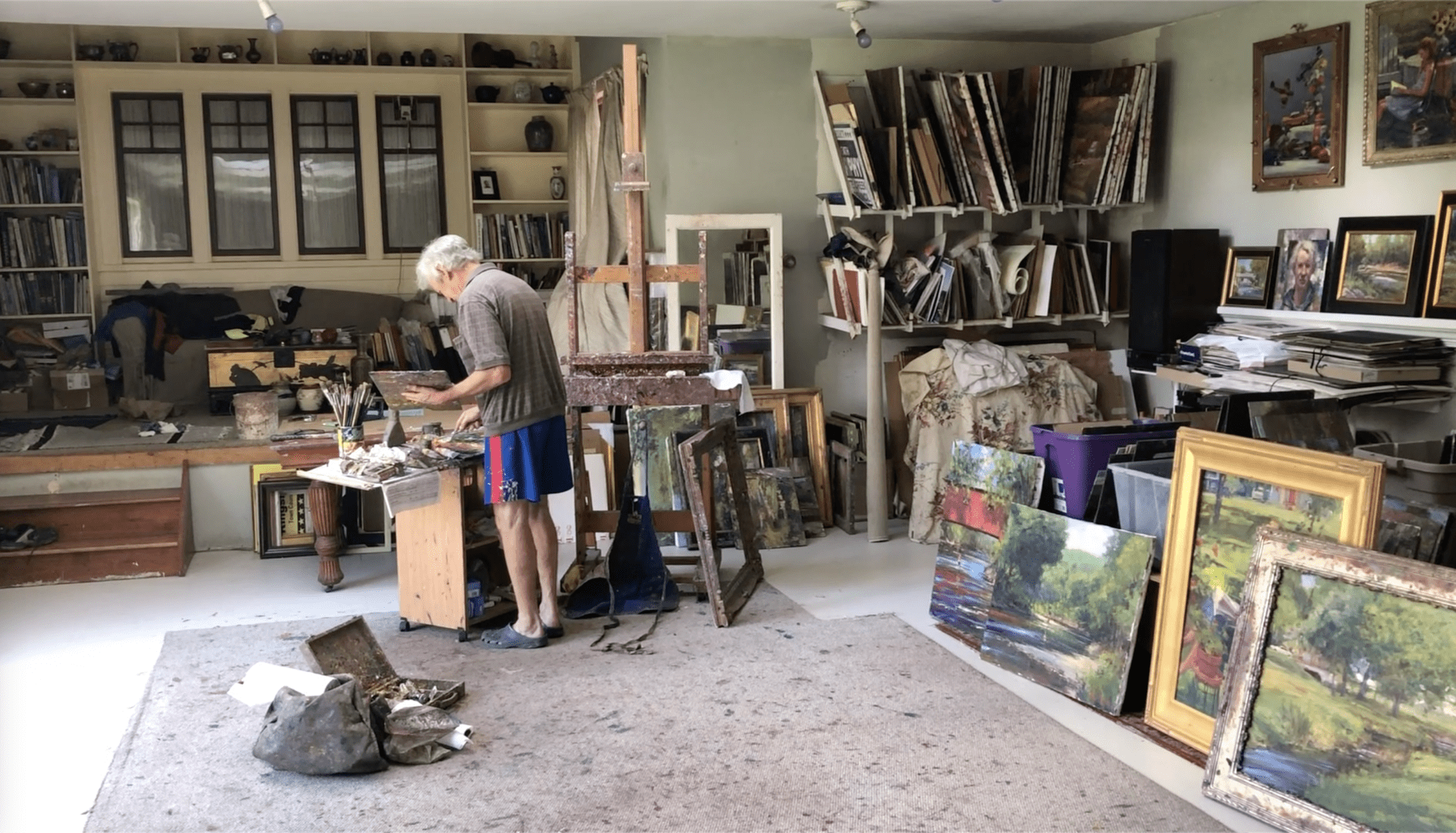 In the Studio with George Van Hook

View George Van Hook on Artsy
Posted in Artist of the Week, News