Lori Zummo | Artist of the Week

Known for her contemporary landscape paintings, Lori Zummo captures the essence of the sky, sea, and environment in a breathtaking manner. Viewers describe her paintings as a form of time travel, rather than simply an image to be observed. As spectators of Zummo’s work, “you are instantly transported back to a time when the warmth of the sun on the back of your neck, the smell of the sea and flowers, is all-enveloping.”

Lori Zummo began her artistic career after graduating with her B.F.A. from Syracuse University in 1984. Zummo was awarded first place in oil painting from the New York chapter of the National Society of Arts and Letters in 1986. Following her award, Zummo was granted a full scholarship to the New York Academy of Art’s Master Class program, which focused on Renaissance and the French Academy training traditions. Painting in a style influenced by Barbizon School artists, Zummo approaches her art with an emphasis on realism, tonal quality, color, loose brushwork and shapes built upon soft edges. 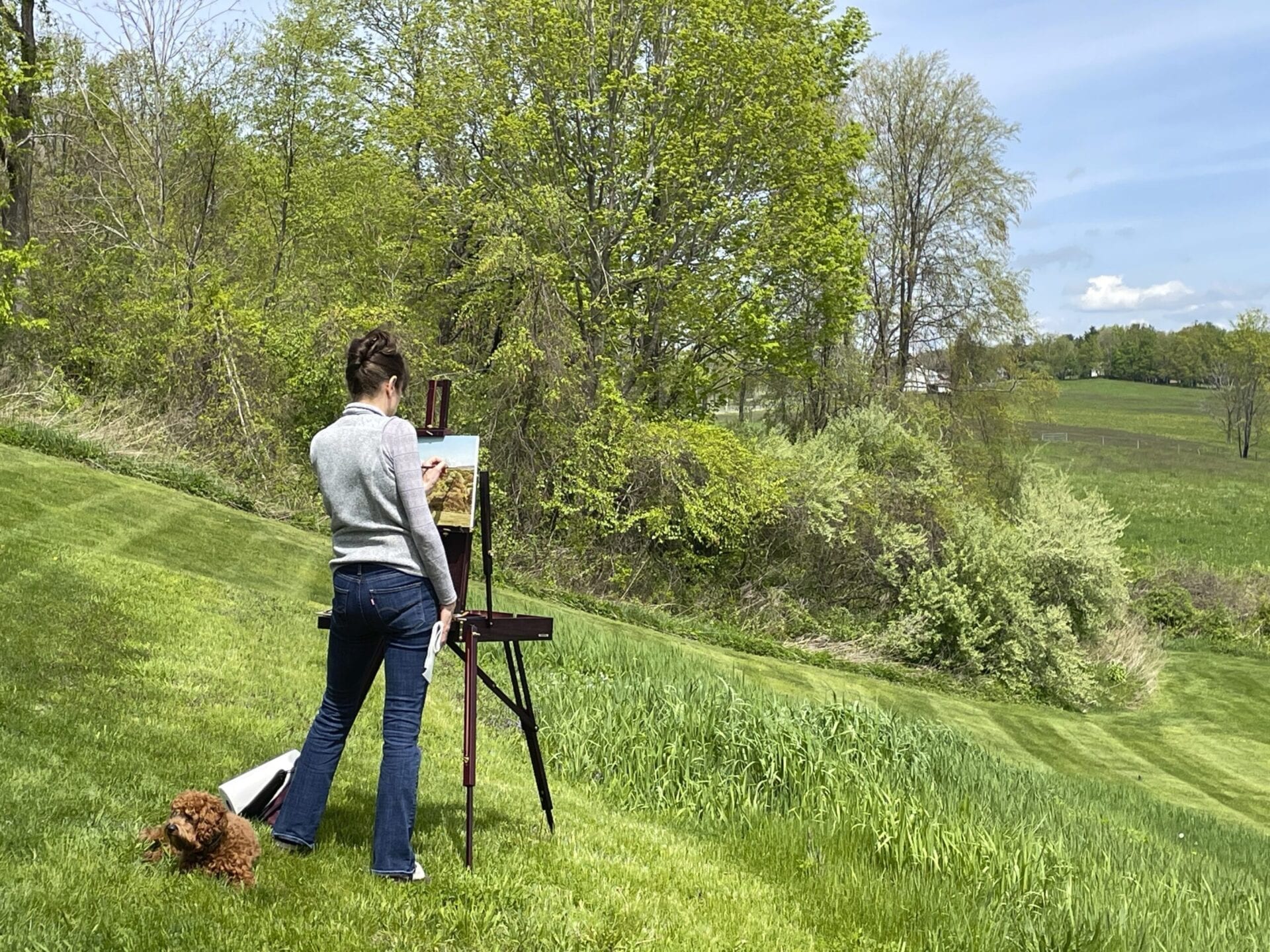 An Interview with Lori Zummo

I have been lucky enough to enjoy a wonderful career as a painter for the last thirty-five years, painting and showing at beautiful locations on the east coast.  My subject matter varies from the dunes, marshes, and harbors of Nantucket and Martha’s Vineyard to the facades of New York City Brownstones.

Name three artists you’d like to be compared to and why.

My favorite painters are from the French and American Barbizon schools and I have been adhering to their philosophy and techniques throughout my artistic training and my practice. No matter what the subject matter I am inspired to paint, like the Barbizon artists who brought their work out into direct contact with the natural world, I am always essentially chasing the light; trying to capture a moment in time, using my subject matter to fill my canvas in the most beautiful way I can while making my brushwork as essential an element as the colors, light, and forms that I attempt to capture.  I aspire to use the flowing yet careful brushwork of Claude Daubigny while capturing the light in the magical manner of William Picknell. I am also always striving for William Merritt Chase’s immediacy, but feel I will spend the rest of my life chasing that achievement.

What is your goal as an artist?

While some artists express their societal and political views through their work, I have always felt that my role as an artist is to spend most of my time out in nature, documenting and capturing its wonder and beauty. I also spend most of my free time hiking the incredibly picturesque trails of Litchfield county where I live and I expect that my work in the future will include many of the forest and river scenes that so inspire me.  I hope that my paintings have been and will continue to be a tribute to a natural world under increasing pressure. 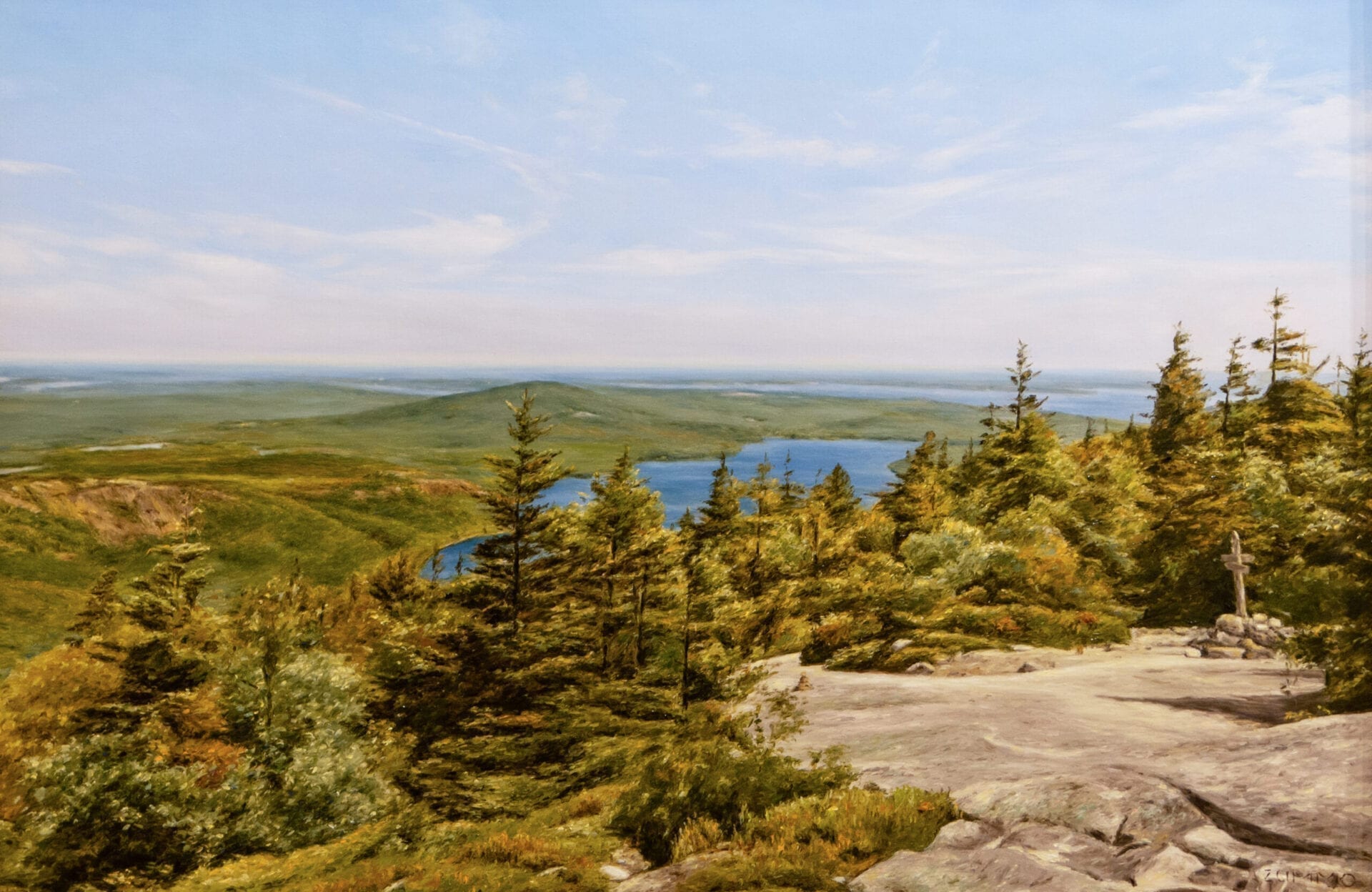 A Painting’s Backstory with Lori Zummo

“Acadia View”, currently at Lily Pad West is one of my most favorite recent paintings.  It was done at the top of the Pemetic Trail during my trip to Acadia National Park during the celebration of the Park’s hundred anniversary.  The scene had every element that I love as a painter- lots of detail in the foliage and stones in the foreground as well as the challenge of capturing the mountains fading into the distance.  Add to that an incredible expressive sky and mountains that actually end at the ocean, and there’s not much more a painter could ask for!

View Lori Zummo on Artsy
Posted in Artist of the Week, News